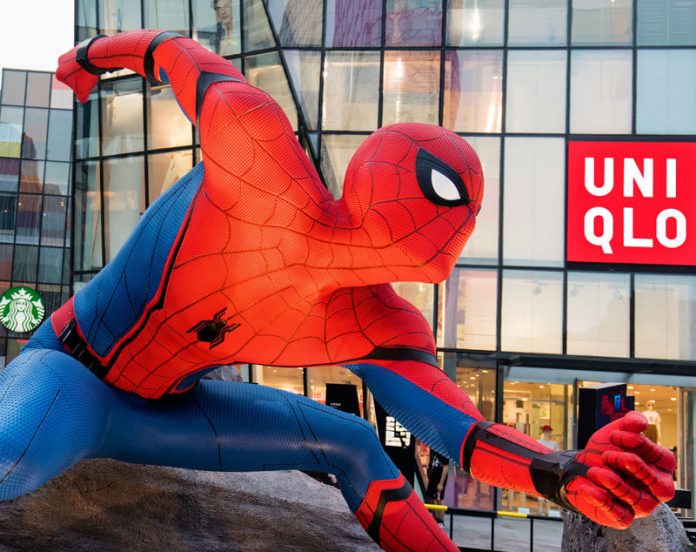 Here is some great news for Superhero movie fans – Spider-Man: Homecoming released this year has become US box office’s biggest grosser of the year. Helmed by Jon Watts with Marvel-Sony collaboration, Tom Holland’s (of In the Heart of the Sea fame) performance as Spiderman and the Marvel creation has been well appreciated by audiences and critics alike, so much so that the 21-year-old actor’s wall-climbing and web-dangling role has now garnered a whopping estimate of 874.4 million dollars in China where it recently released, thus becoming the highest grosser of 2017, as latest reports suggest.

Tom Holland debuted in Marvel films with Captain America: Civil War but Homecoming saw an entire movie focusing on his character. Next year, he will again be seen in Avengers: Infinity War and the later Avengers sequels in the forthcoming years. By the mid of 2019, it is expected that Homecoming 2 will hit the theatres where we might see Holland in another stellar performance of Spiderman.

In US alone, the movie reportedly earned about 331.8 million dollars making it the fourth highest grosser in the continent but its box office collection in foreign shores bolstered the movie’s place in the second position.

Logan, The LEGO, Power Rangers, Guardians of the Galaxy Vol. 2 and Wonder Woman, all of these superhero films made it big this year but Homecoming has surprisingly surpassed all in achieving the highest grosser of the year milestone. Wonder Woman and Guardians of the Galaxy Vol.2 were so far ruling the charts with more than 819 million dollars and 863 million dollars worldwide box office collections respectively.

The Tom Holland-starring Spiderman movie follows Spider Man 3 (starring Tobey Maguire)’s box office collections quite closely as far as the worldwide numbers suggest.  However, The Amazing Spider Man and The Amazing Spider Man 2 featuring Andrew Garfield could not garner this kind of box office response and positive reviews. Domestically though, The SpiderMan: Homecoming is reportedly still lagging behind the Spider Man trilogy by Sam Raimi.

Marking this outstanding moment for Spiderman: Homecoming, Sony pictures released the first ten minutes of the movie on September 25, 2017 on Sony Pictures Entertainment YouTube which will be available on digital HD as well starting today. Blu-ray and DVDs will be featuring the movie starting October 17, 2017 with a new perspective and some extra scenes from the movie and much more.

The high-grosser is now available for home viewing and it can’t get any better!

The upcoming sequels to the movie already has risen expectations in both the film fraternity and among the movie buffs who will now be eagerly waiting for the friendly neighborhood guy.