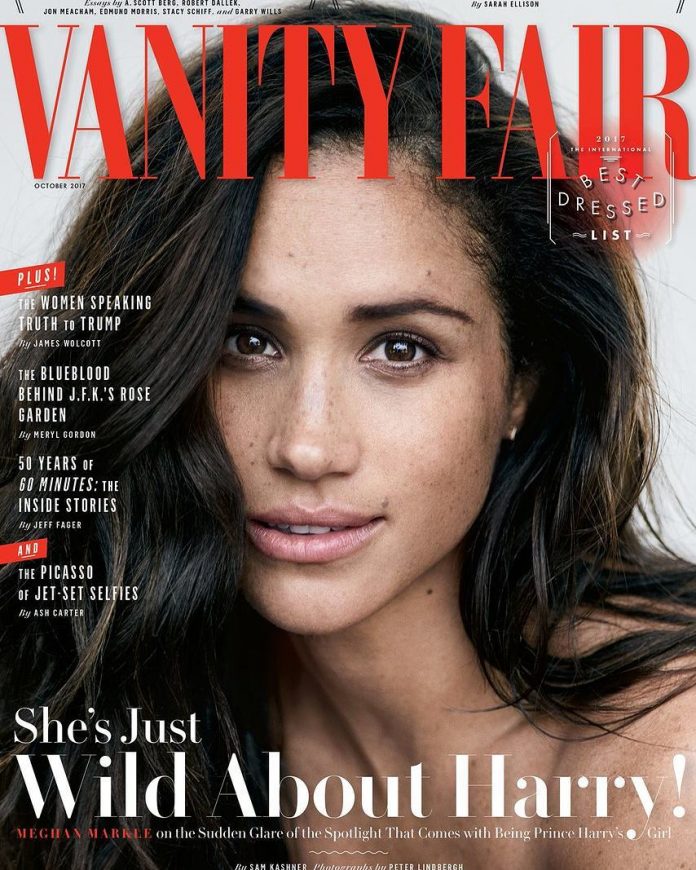 She is probably now mostly referred to as “Prince Harry’s girlfriend”, but Meghan Markle is so much more. Today, she is the epitome of calm and grace in the media storm surrounding her relationship with the British royal. The Suits actress is also a passionate feminist and philanthropist, travelling around the world with a compassionate heart and her warm smile. Though she and Harry have been caughts by the paparazzi on only a handful of occasions, neither of them has come forward to talk personally about that relationship. Until now.

Meghan Markle gave her first official interview since the media caught hold of the hot romance between her and Prince Harry. She is known to be fiercely private, and spends most of her time either in Toronto shooting for Suits or across the pond to be with her ginger-haired love as they traverse to global locales together.

In an interview with Vanity Fair, Markle opened up about her relationship with Prince Harry. “We’re a couple. We’re in love. I’m sure there will be a time when we will have to come forward and present ourselves and have stories to tell, but I hope what people will understand is that this is our time. This is for us. It’s part of what makes it so special, that it’s just ours. But we’re happy. Personally, I love a great love story.”

One of Meghan Markle’s closest friends is tennis ace, Serena Williams. She also gushes about the actress, when she says, “Her personality just shines. I told her, ‘You’ve got to be who you are, Meghan. You can’t hide.'”

And her Suits co-star Abigail Spencer also has good things to say about Meghan Markle, who plays Rachel Zane on the hit show. “She’s got warm elegance, though her style is hard to pin down. It’s classy and timeless. When you’re talking to her, you feel like you’re the only person on the planet. And it’s just wonderful to see her so in love.”