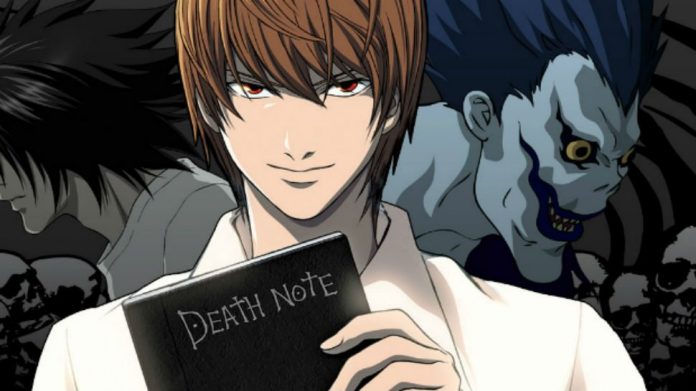 Super popular manga Death Note is going to be revamped this year, with a number of reboots happening this year. And at the top of the list is Netflix’s own remake that will be releasing later this year. The first official trailer for the movie was just released, and it looks as epic as you could hope it to be.

Death Note was originally a Japanese manga that was created by Tsugumi Ohba, with vivid illustrations by Takeshi Obata. The storyline is about a high school student, Light Yagami who finds a black book called Death Note. The first page of the mysterious journal has definite instructions – whoever’s name is written within the pages, they will die. At first a little skeptical, Light Yagami soon discovers that this is no joke. Now, he believes that he could be the savior of the world, ridding it of all evil, and acting as an undercover God with fate in his hands.

Light Yagami is helped by Shinigami Ryuk, who originally dropped the book from the heavens. As the death toll increases, Light is soon tagged as Kira, which means “killer”. However, Yagami’s plans are in trouble, when an Interpol detective, L, is hell-bent on catching the killer.

The entire show has twists to the tale, which encircles the lives of high school students who must take on the future of the world. The Netflix movie is being directed by Adam Winged and is being slightly changed for an international audience. Light Yagami, played by Nat Wolff has been westernized to Light Turner.

Check out the trailer for Netflix’s Death Note. And the movie is going to be released as a Netflix Original Film on August 25, 2017.

Shall we begin? #DeathNote pic.twitter.com/fEd12Gm32c

Already the media is starting their whispers of the makers “whitewashing” the movie. The original is supposed to have Japanese characters, but already the name of the main character has been changed. Also, there doesn’t seem to be a single Asian actor in sight. Truth be told, audiences are still going to go gaga over this one. Who doesn’t want to catch their favorite manga on the big screen?