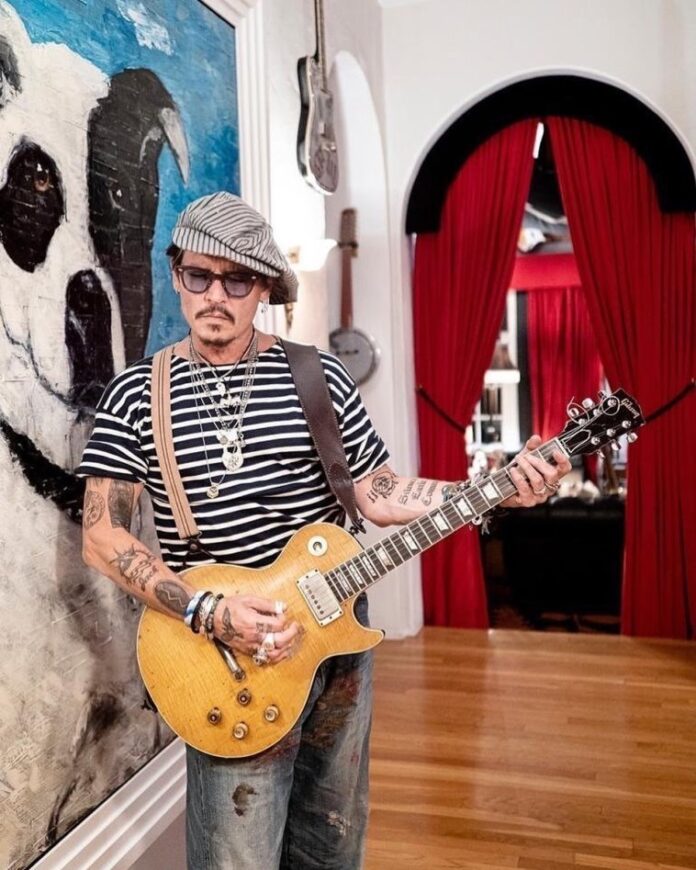 The audience was left surprised when American actor and musician Johnny Depp joined singer Jeff Beck on the stage at a concert at Sheffield in United Kingdom for a special performance. Depp is currently in news for the infamous defamation case filed by his former wife Amber Heard. His unexpected appearance on stage left the audience surprised as it was unannounced. Johnny’s visit in the United Kingdom comes days after the trial saw its closing arguments in the case.

Beck and Depp during the concert performed Isolation, which had marked their collaboration in 2020 and was a remake of the 1970 song by John Lennon. The two were also seen performing on the covers of Jimi Hendrix’s Little Wing and What’s Going On by Marvin Gay. Johnny during the performance was seen sporting a new look which was away from what was seen during the trials. The case between Amber and Depp has gone viral on the internet after a number of videos have been shared.

Talking about the ongoing case, the trial is currently on a break as both the parties involved have presented their closing arguments last week and that it is now with the jury to have the discussion. The lawsuit here is worth USD 50 million and was filed by Johnny Depp against his former wife for her 2018 op-ed in Washington Post. Amber in the post had referred herself as a domestic abuse survivor. Depp claimed that the post had cost him his career. During the trial, Depp has claimed that he has not used any physical violence against Amber.

The testimonies by Depp and Amber have brought forward some explosive revelations that were made at the court. A number of recordings from the court proceedings have circulated several times on the internet. Amber’s former partner Elon Musk has also commented on the case and called both of them as ‘incredible people’ and added that he hopes the two move on post the trial.