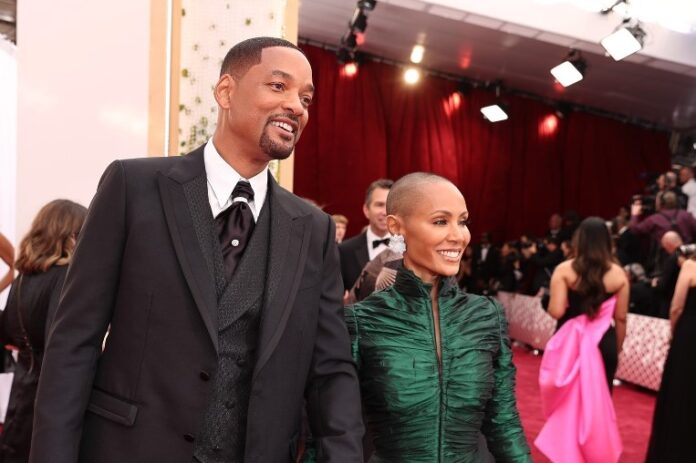 The 94th Academy Awards was hosted on March 28, 2022 at the Dolby Theatre Hollywood at Los Angeles and the audience witnessed an unbelievable exchange between Will Smith and Chris Rock. A video of Will Smith slapping Rock on the stage has gone viral on the internet. Chris Rock had reportedly joked about Will’s wife Jada Pinkett Smith’s hairstyle, which did not go down well with the Dr. Doolittle star. As per the video, Smith had first walked on the stage and slapped Rock, which first looked like a scripted joke, but then the situation worsened when Smith shouted back and told Rock to stop talking about his wife.

The audience at the Dolby Theatre and the audience watching at home were left shocked. Rock was presenting the award for best documentary and joked ‘Jada I Love You, ‘G.I. Jane 2’ Cant wait to see it.” This was when Pinketh Smith was seen rolling her eyes as she sat next to her husband. But the joke did not go down well with Will. Pinketh has always been open about her condition of alopecia that causes baldness and is an auto-immune disorder. After the blow that was delivered to Rock on the stage, Will came back on his seat and continued to shout at Rock. For the viewers sitting at home, the censors were muted.

This was when the theatre went silent  and Rock said that this was the greatest night in the history of television. Nearly 40 minutes after the incident, Smith had returned to the stage to receive the award for the best Actor  and he apologized to the Academy and his fellow nominees for the incident as he remained teary eyed. However, he did not mention Rock by name.

He accepted the award for his role as Richard Williams  in the film King Richard. He also talked about being the protector for his family. Will Smith also shared that he hopes the Academy welcomes him back.