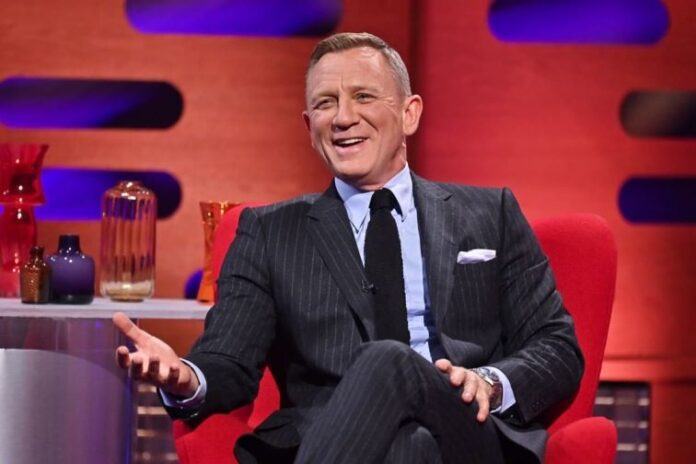 English actor, best known for his role as James Bond, Daniel Craig has showed his generous side by making a big donation for a great cause. The donation went to a charity  that was found by three fathers whose daughters had taken their own lives. Craig made a donation of £10,000. The charity is known as Three Men Walking and was found by Mike Palmer, Andy Airey and Tim Owen and was found in memory of their daughters. They raised money for the British charity organization known as Papyrus, that helps to prevent suicides.

Airey while talking to a leading daily expressed that they were happy to have Daniel Craig’s name attached to it and praised him for the generous donation.  He added that it was great to receive help from the star himself. The founder also said that the donation by Craig will help the message of the three fathers to reach out.

Airey also spoke about how it is important for people to get people start talking about suicide prevention and introduce them to Papyrus, which is an organization that helps youngsters to equip themselves so they can deal with the dark times  in their lives. He also added that the more people know about Papyrus, the more lives would be saved.

This is not the first time Daniel has shown his generous side. He has joined hands with a number of public organizations  to help raise funds for different causes. Craig has also showed support for S.A.F.E Kenya  that uses street theatre that talks about social issues. He has also joined hands  with a community that helps to provide access to education for the students, who have a low income in New York. On the work front, the actor was last seen in the film No time To Die that features him in the lead role. He has also donned the producer’s hat for the flick.