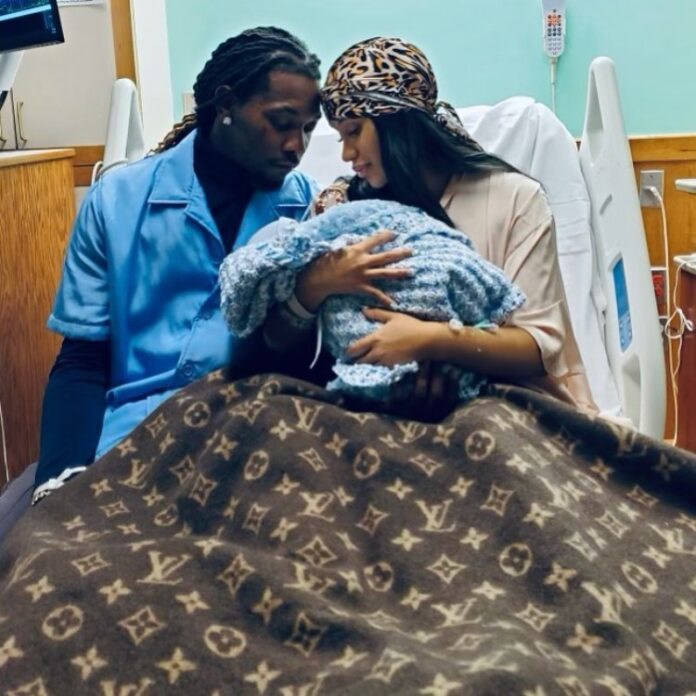 American rapper and internet sensation Cardi B has welcomed her second child , a baby boy with better half Offset on September 4, 2021 at a hospital in New York area.  The rapper made the announcement by posting a special picture of the couple as they held the newborn and enjoyed glaring at their loving bundle of joy.

The couple is already parents to a daughter born in July 2018. Cardi B and Offset have ever since been in an on and off relationship  and had almost filed for a divorce. In June 2021, the singer revealed that she was expecting her second child. The announcement came as a surprise for the fans as it was made during a performance at the BET awards. The rapper had performed along Offset and the remaining Migos.

After the performance, the singer also confirmed the news on Twitter with a picture  that showed off her baby bump. Until that point, Cardi B had kept a low profile and the surprise announcement was the reason why she was not seen much. Their daughter Kulture is 3 years old. After the surprising announcement at the BET awards, the couple was bombarded with several questions about the second baby at the after-party. But the couple opted to remain silent, but revealed that their daughter is excited to be a big sister.

It was in early 2017 when Cardi B started dating Offset and got engaged in the same year in October. In April 2018 they announced that they were expecting their second baby. It was later revealed that the two had a secret marriage in June 2018, which was one month before the public proposal. The news as later confirmed on a social media post. Soon after the birth of their daughter in 2018, the couple separated in the same year but also reunited shortly. In February 2019, the couple made a public appearance at the Grammys. Offset had accompanies her on the stage  as she received  an award for the Best Rap Album.