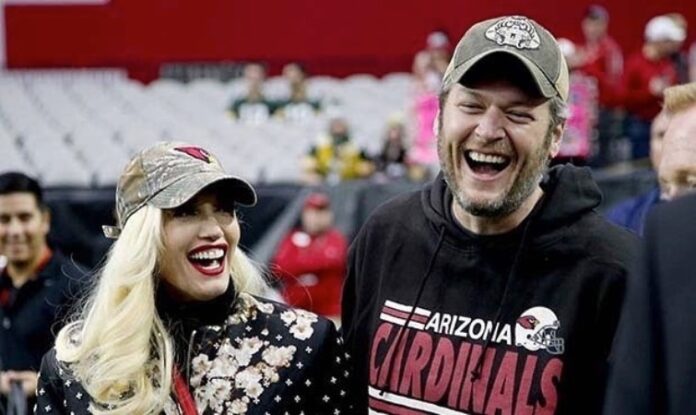 American country music singer Blake Shelton  and Gwen Stefani got married in an intimate wedding ceremony which was attended by just the close friends and family at their Oklahoma estate. The couple had delayed their wedding plans for many months due to the coronavirus pandemic. The intimate ceremony was held just a week after their registered their marriage license. Gwen and Blake got married on July 3, 2021 in a ceremony that was intimate as well as romantic.

However, the news of their wedding did not come as a surprise for the fans as they had already expressed earlier that they wished to get married by summer after a number of COVID-19 restrictions were lifted. The easing of the restrictions allowed them to include their friends and family to the ceremony. The wedding ceremony also saw the presence of Gwen’s parents and was held at a church  built at their Oklahoma estate.

The two started dating when they worked together for the reality show The Voice in 2015. While they were dating, the two also worked together professionally and have worked on the songs like Happy Anywhere, Nobody But You and You Make It Feel Like Christmas. Stefanie was earlier married to Gavin Rossdale , with whom she has three children. Shelton too was earlier married to Miranda Lambert but they parted ways in 2015.  The couple has so far not shared any pictures from their wedding  but the fans are curious to see how the two looked as bride and groom.

Stefanie had earlier appeared on The Ellen Show when she spoke about her upcoming wedding. She had then offered Ellen to be her maid of honor. Even Miley Cyrus had offered to sing at Gwen and Blake’s wedding. It is still not known who were present at the wedding. But it will be a delight for the fans to see what Blake and Gwen looked like at their wedding.