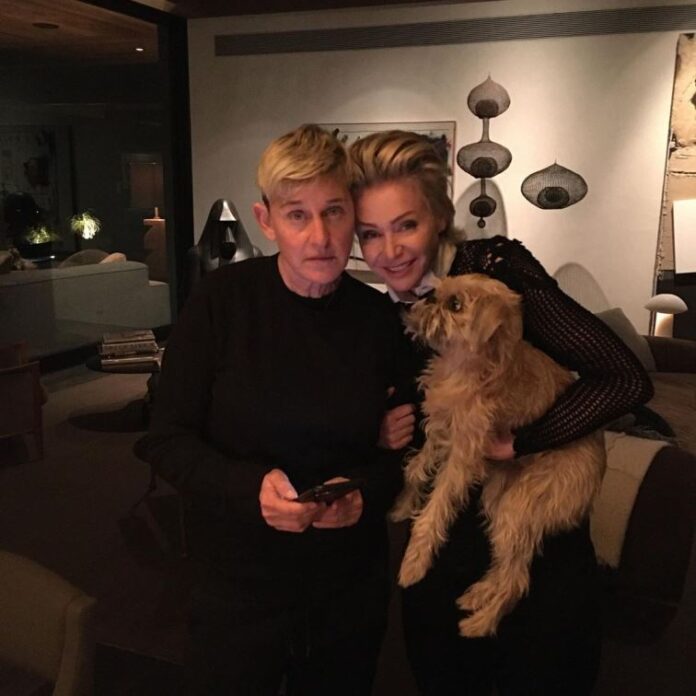 American comedian and TV host Ellen Degeneres had earlier announced that she is all set to bring an end to her successful talk show The Ellen DeGeneres Show. After that announcement, some of the latest reports have claimed that the actress along with her wife Portia de Rossi will be moving to Australia. The Ellen DeGeneres Show will be concluding after its 19th season  in 2022. The two got married in 2008 and took the decision as they wished to have a peaceful life  at Victoria’s Mornington Peninsula.

Ellen and Portia could be leaving their hustling life in the United States to live in Australia but they could surely have some good company. In 2014, actor Chris Hemsworth and wife Elsa Pataky left Hollywood  and settled at Byron Bay in New South Wales. In recent times, Sacha Baron Cohen and Isla Fisher also moved to Sydney with their children in 2020. They earlier lived in Los Angeles. It was earlier in May, 2021 when Ellen had revealed that she is ready to conclude her popular talk show  after some allegations  of a toxic work environment at the administration level.

After she concludes the 19th season, the writer will be also finishing the Emmy-Winning program in 2022. Ellen expressed that the past 18 years have been memorable and has changed her life. The talk show host also expressed her gratitude  for all those who watched, her show. Ellen also informed that the decision to bring an end to the show was made in consultation with her wife Portia.

The host also clarified that it was always her plan to end the show after season 19 but the toxic workplace scandal had downplayed the impact. DeGeneres was earlier in a relationship with actress Anne  Heche and the relationship lasted for nearly 3 years. But then the host also got in to a close affair with Alexandra Hedison who is a photographer. The two had appeared on the cover of The Advocate after their separation was announced.