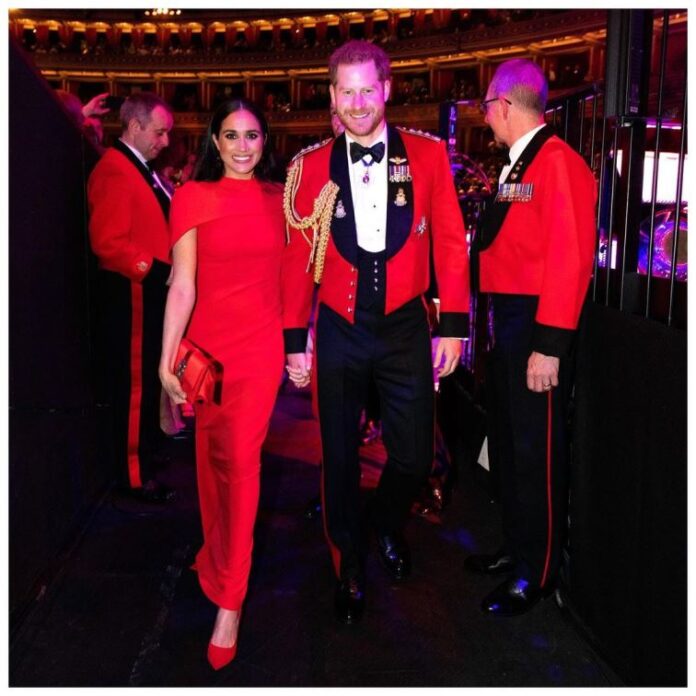 Prince Harry and Meghan Markle had hoped for a controversy free and an independent life away from the critics and media after they stepped down as the senior members of the Royal family in the United Kingdom. But little did they realize that it was not going to be so easy and it is certainly not going to leave them alone. The couple is once again in news after they have partnered with a company that sells skin-whitening creams. A number of people are questioning how the couple can advocate anti-racism while joining hands with such companies.

Meghan and Harry had last week announce that they have partnered with Procter & Gamble that sells the Olay controversial cream. Alex Malouf, the former executive at Procter & Gamble while talking to a leading daily said that the former Hollywood actress has spoken about the issue of racism and race and the recent move certainly looks unusual. The Olay brand of the company sells the White Radiance Moisturizer in the markets like Malaysia, India and Singapore.

Such products are marketed while claiming that they reduce the production of melanin that gives the skin the pigment. A number of critics in the past have earlier called for calling off such products while demanding to take them off from the shelves of the market and say that they are racist and colorist. The first Indian American who won Miss America, Nina Davuluri had raised her voice  and argued that such creams promote a racist idealogy that people need to have white skin to be beautiful and to  be successful.

On the other hand Joanne Rondilla a professor at San Jose State University, expressed that the  couple have a responsibility to address the concerns  about the product with the company. Meghan and Harry officially announced that they would be leading a life away from the Royal family and would step down as senior members in January, 2021.