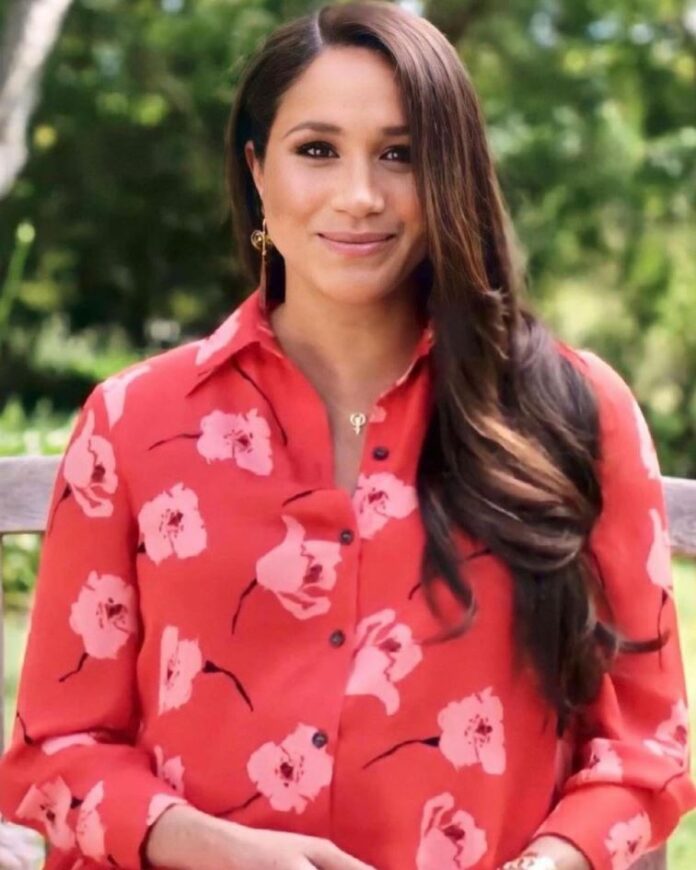 Former American actress Meghan Markle made her first TV appearance after the controversial interview with Oprah Winfrey on May 8, 2021. It was a pre-recorded message for the Global Citizen Vax Live Concert that was shot from her California home in the video. Meghan in her speech had spoken about how  the coronavirus pandemic had an impact on the pandemic. The former actress pointed out that the past year saw a number of communities unite together to deal with the pandemic and help people in crisis.

Apart from her speech, what was noticeable was her tribute to the late Prince Diana. She was seen wearing Diana’s Cartier Tank wrist watch  which is worth £17,000 and  was gifted to the princess by her father on her 21st birthday. The 39 year old was also seen wearing a power charm necklace that showed a female Venus symbol that represents enlightenment and abundance. Meghan also expressed that had showed a ray of hope to suffering people by assuring that the road ahead is getting brighter.

The former actress, who is expecting her second child with husband Prince Harry said that it is important for people to currently give priority to their health and safety and particularly women who have been affected due to the pandemic. Markle also pointed out that nearly 47 million women across the globe have been affected and are facing extreme poverty.

Apart from the cause, the actress also talked about her pregnancy and expressed that she and her husband are excited to welcome their daughter. She added that they think of millions of other families across the globe when they think about their yet to be born daughter and think of young women and girls who should be supported and taken forward. The Vax concert was broadcasted in the United States and aims to raise funds to bring an end to the coronavirus pandemic by raising money for vaccine distribution.