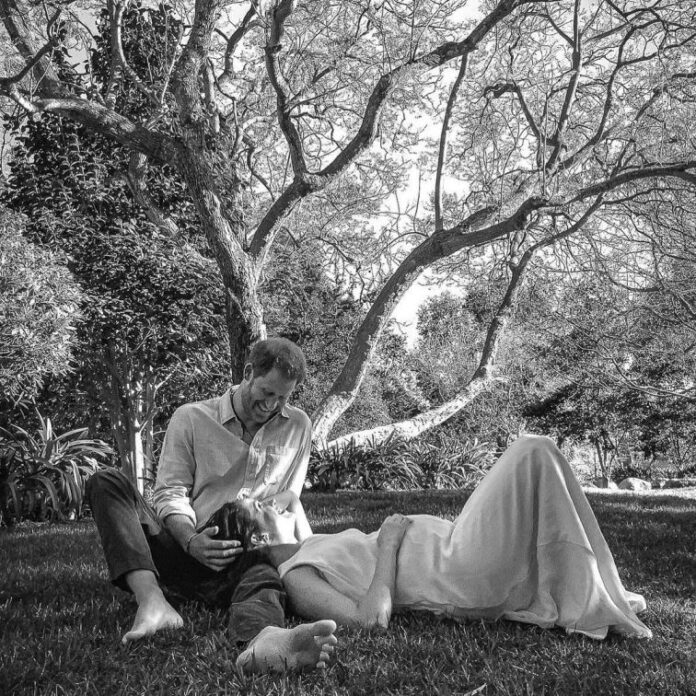 A spokesperson of the couple confirmed to a leading daily that their son Archie will soon be a  big brother as they are expecting a second child. The announcement was made with a living post on Instagram that showed the couple spending quality time amidst greenery. The picture showed Meghan with a baby bump as she lied on Prince Harry’s lap. The photo was posted in black and white  and was taken by their long time photographer Misan Harriman. The news was announced on Valentine’s Day.

The Duchess had earlier shared that she had suffered a miscarriage last July and had then shared, “Losing a child means carrying an almost unbearable grief, experienced by many but talked about by few”. Meghan and Harry had officially stepped down from their roles as senior royals in 2020. The couple had expressed their desire to have a normal family life  and their decision had sent shock waves among their fans and followers.  A source from the palace  had said that it was expected that Meghan and Harry would soon announced to go nuclear after the birth of their son Archie.

They officially announced in January 2020 that they would be stepping down from their roles as senior royals  and in June 2020 they bought a house in California. Soon after that it was in the month of July in the same year the Duchess suffered a miscarriage. Prince Harry and Meghan Markle are already parents to son Archie who will turn two years old on May 6, 2021. They also confirmed about an alternative foundation that would be called Archewell on April, 2020.