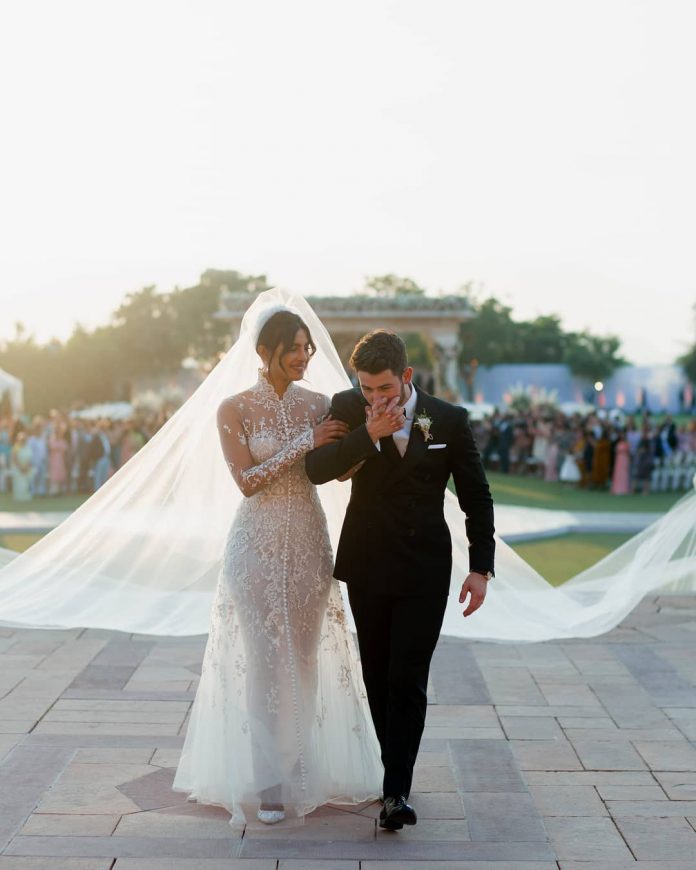 American actor and singer Nick Jonas and Indian actress turned International singer Priyanka Chopra got married in lavish wedding festivities at Umaid Bhavan Palace, Jodhpur, Rajasthan on December 1, 2018. The 36 year old Indian actress has changed her Instagram name to Priyanka Chopra Jonas. The Chopras and the Jonas family had a grand celebration week before saying I Do at a white wedding and then began the Big Fat Indian Wedding festivities that included Mehndi and Sangeet ceremonies.

The bride and the groom got henna tattoos on their hands and a grand and extravagant Sangeet ceremony was hosted which saw both the families fight it out in a contest that was fought between the Chopra and Jonas families. A grand show was put up jointly by the families. Going by the reports, both the families had rehearsed hard for the big event.

Nick’s father Paul Kevin Jonas Sr. had officiated the stars and then a Hindu wedding ceremony was conducted at the palace. The newly-weds later hosted a grand wedding reception in Delhi on December 4, 2018. The Delhi reception had a special guest, the Prime Minister of India Mr. Narendra Modi, who graced the ceremony to wish the newly-weds. The next day, the two walked the red carpet as a married couple for the first time at the Bumble’s launch party held in New Delhi.

Chopra while talking about her wedding talked to PEOPLE and expressed, “Every girl dreams of being a princess on her wedding day. But I never had a plan about what I wanted it to be.” The actress also said that she loved the final result that had celebrated their different backgrounds and noted, “It melted my heart Being able to have two big weddings, in India, with our closest family and friends was unbelievably special.” Priyanka and Nick had got engaged in August 2018 in Mumbai amidst just close friends and family members.