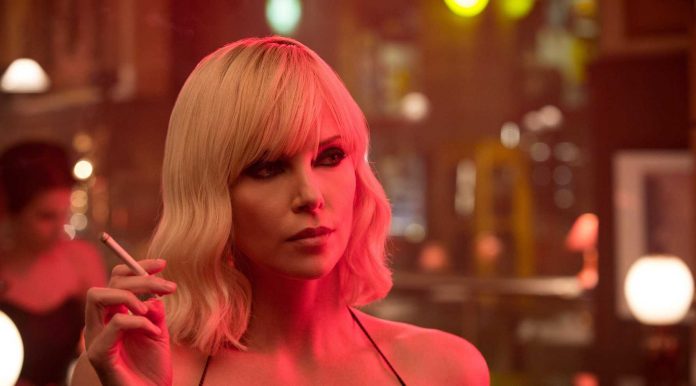 Charlize Theron is no doubt the new badass in town. The South African native is working hard to bend gender-defining roles, and her latest film sees her play an assassin in Atomic Blonde. The film itself is garnering praise from critics, and Theron has done all of the stunts in the film herself. Her hard work and killer acting prowess is seeing her gaining recognition with brand new eyes from people within and without the industry.

The actress had won an Oscar playing the role of real-life female serial killer Aileen Wuornos in Monster. Maybe she’s just that talented, or she channelled emotions and experiences from her traumatic childhood. In an interview with The New York Times, the gorgeous leading lady spoke about one incident in particular that scarred her for life – her mother shooting and killing her abusive father right in front of her. She said, “I survived that, and I’m proud of that. I’ve worked hard for that, too. And I’m not scared of that. I am not fearful of the darkness. If anything, I am intrigued by it, because I think it explains human nature and people better.”

The incident happened when Charlize was just fifteen. Her abusive, alcoholic father came home one night with his brother. In his inebriated state, he threatened and shot at Charlize’s mother, who took her own gun and fatally shot her husband, while his brother was injured. The courts later determined that it was an act of self defence. For the actress, it was what her childhood was plagued by. “That was my entire childhood. My trauma was all of that.”

And when she talks about her Oscar-winning role as the tragic prostitute-turned-killer, Aileen Wuornos, a role that was as memorable as it was real. “People like Aileen Wuornos that people just want to label and, like, shove under a rug. Nobody wants to examine that human. Nobody wants to look at that person and say, ‘But, why did this happen?’ I’m fascinated by the why. Because in many ways, I am here today because of the why.”

Charlize Theron plays the role of spy Lorraine Broughton in Atomic Blonde that releases in theatres on July 28.