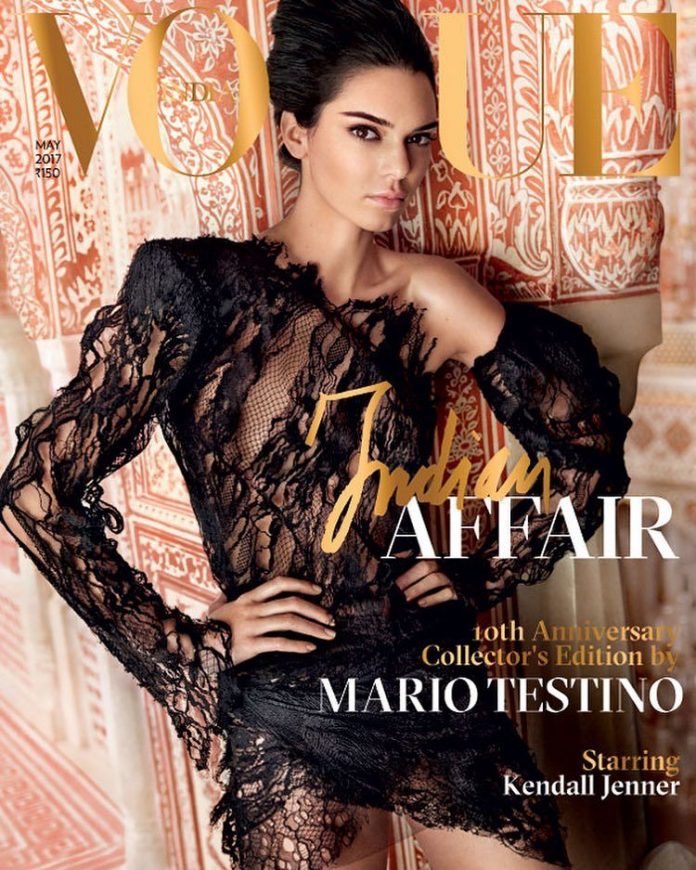 She may be a supermodel with an enviously lavish life and fame since she was a child. But that doesn’t leave her immune to criticism for career faux pas she keeps committing. The latest scandal for the reality star is her landing the cover of Vogue India. She has graced the covers of a number of Vogue international magazines, but this one has put her smack in the middle of controversy.

Modelling for international fashion photographer Mario Testino, Kendall was made the cover star for the magazine’s upcoming shoot. Within the pages of the same magazine, she is seen in sultry poses with Bollywood actor Sushant Singh Rajput. Many Indians are raising their voices against Kendall Jenner being given the spotlight for an Indian audience, who would much prefer their own celebs on magazine covers.

An irate commenter on Vogue India’s Facebook page has written a scathing review. “Why not an Indian model? There are so many. This doesn’t create the sense that India has its own beauty and character.” Others were saying that they’d like to see international stars like Priyanka Chopra and Deepika Padukone instead of the reality star.

Readers were previously angry with Kendall Jenner for posing as a ballerina for Spanish Vogue. They said that real artistes of the practice should have been on, rather than someone who isn’t acquainted with ballet.

She also came under fire last month for starring in a tone deaf ad by Pepsi. Mimicking public protests that had plagued the United States a few months ago, the ad focused on everything else, but the social message. Heineken beer took over and created an ad that was more to the taste of the ongoing political unrest.

There was no comment from Kendall Jenner nor Vogue India, so it looks like the issue is still going to hit stands soon.