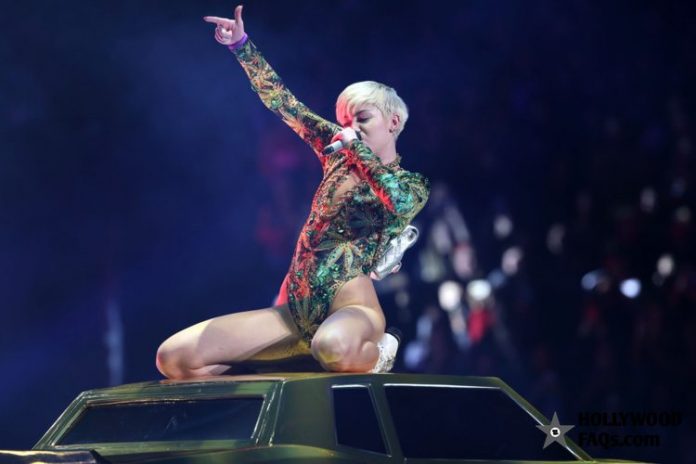 Miley Cyrus was out of the picture for a while now. She made a brief appearance in public, expressing her political view when she went on the campaign trail for Hilary Clinton. This was followed by her advocacy for women’s rights at the march that took place in DC. And now, she’s proving she’s coming back stronger than ever. After her conscious hiatus from all red carpet events, Miley has announced the release of her brand new studio album. It still doesn’t have a name, but one single is going to drop soon – called Malibu, it’s about her beau, Liam Hemsworth.

In an interview with Billboard, Miley Cyrus opens her heart out and speaks her truth. She’s a changed woman, and a sober one at that. Speaking about her open love for marijuana, she says she is now “clean”. “This is crazy, but I haven’t smoked weed in three weeks! I like to surround myself with people that make me want to get better, more evolved, open. And I was noticing, it’s not the people that are stoned. I want to be super clear and sharp, because I know exactly where I want to be.”

Did Liam Hemsworth have anything to do with this 180-degree turnabout Miley Cyrus? The couple got together when the Wrecking Ball singer was still in her teens. They were doing the movie The Last Song together and were engaged when she turned 19. However, they broke up in 2013, shortly after Miley was torn apart by the media and the internet for her antics at the MTV Music Awards.

She has finally decided to come clean about her relationship. She proudly wears an “engagement” ring from the hunky Hunger Games actor, and the two are regularly spotted out on lunches and dinner dates. “They’re going to talk about me if I come out of a restaurant with Liam. So why not put the power back in my relationship and say, ‘This is how I feel’?”

“I needed to change so much. And changing with someone else not changing like that is so hard. Suddenly you’re like, ‘I don’t recognize you anymore’. We had to re-fall for each other.”