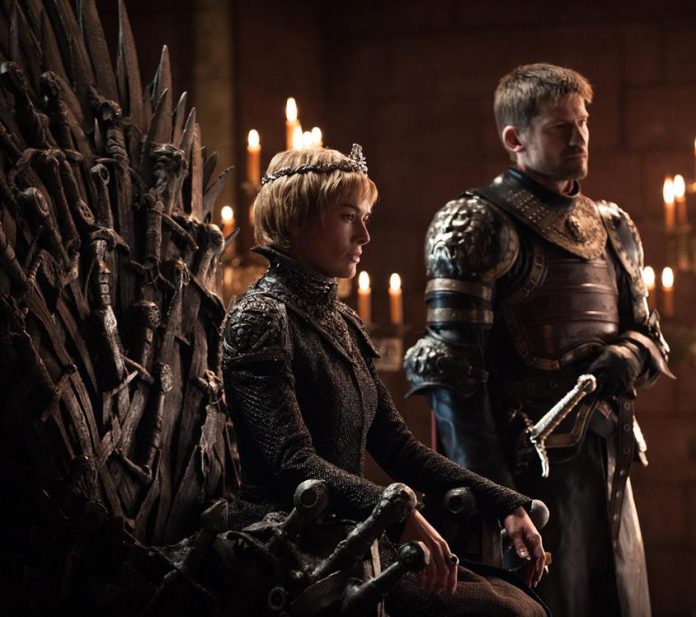 HBO has released new images from the upcoming Game Of Thrones Season 7. And all the main characters look pensive, as if plotting to take over the Seven Kingdoms. Daenerys Targaryen with her posse, Jon Snow in the crypt of Winterfell, Cersei Lannister upon the Iron Throne with Jamie Lannister by her side. Also, Meera Reed and Bran Stark making a frantic return to Winterfell, and Arya Stark who is going home. Those not shown yet are the Night King and the White Walkers, along with the three dragons and of course, the Red Priestess, Melisandre.

Check out the latest images from Game Of Thrones Season 7 –

Lyanna Mormont is pensive in the great hall of Winterfell as Littlefinger looks on.

Davos Seaworth, the Onion Knight in the hall of Winterfell, by the right hand of Jon Snow.

Samwell Tarly and Hannah in the library of Oldtown as he studies to become a Maester.

Meera Reed and Bran Stark north of the Wall, escaping the White Walkers after the death of Hodor.

Tormund Greatsbane still trying his luck with the fierce Brienne of Tarth.

Paeter Baelish and Sansa Stark await their fates in Winterfell.

Sandor Clegane, called the Hound on his way back to King’s Landing.

Jon Snow finally gets to know his mother in the crypt of Winterfell.

Arya Stark – she has a name and she is going home. Hopefully, no pie with her victims will be served tonight!

Daenerys Targaryen plots to take back the Seven Kingdoms with the force of her dragons. She’s not yet aware about a bigger danger looming north of the Wall.

Missandei, always the obedient, smart woman at the right hand of the Mother of Dragons.

Tyrion Lannister in the tussle of his life. Which side should he pick?

The freed slaves awaiting the arrival of someone important – is it Jon Snow?

Varys – the man with a plan.