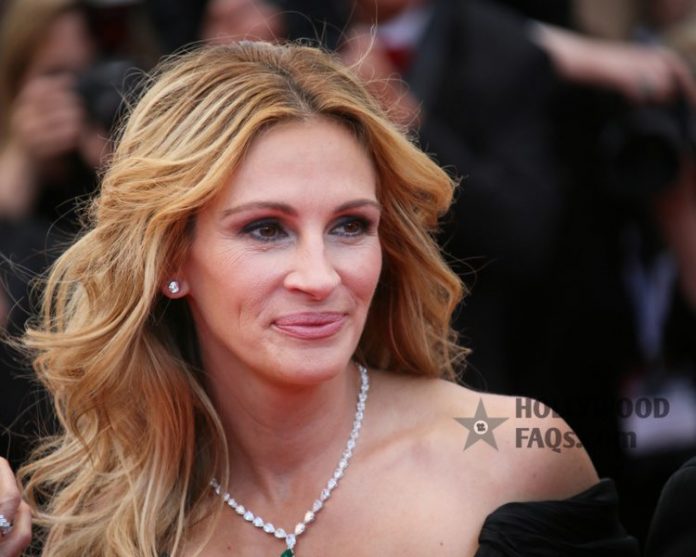 That dazzling smile never seems to grow old. ’90s American sweetheart, Julia Roberts has been named the most beautiful woman in the world by People magazine. This is not the first, but the fifth time the star has been given the title, which is something that none of her contemporaries have been able to achieve yet. The Pretty Woman star is known for her million dollar smile and charm, as well as her acting prowess for award winning films like Erin Brockovich.

The star beat close friend and co-star, George Clooney, who has been labelled the Sexiest Man Alive twice in his career. She quipped, “I’m going to mention that in my Christmas card to the Clooneys this year.”  When asked about she feels to have achieved this nomenclature at such a time in her career, she said, “I am very flattered.”

Julia Roberts, 49, has been married now for nearly 15 years, and is a mother to twins Hazel and Phinneaus (12) and son Henry (9). How does she manage to juggle her personal life with her professional one, and how does she manage to always look so young? “I am currently peaking.”

In her decades-long career, she has managed to steal the hearts of audiences over and over. One of her most recent movies, Eat, Pray, Love is the kind of life that Julia Roberts lives now. She prefers staying home with her family, rather than being out in the spotlight. And when she’s asked about her husband, Daniel Moder, she gushes, “I mean, every day my husband walks in the door, it’s like a recurring dream. I’m like, ‘Ah, he’s back’.”