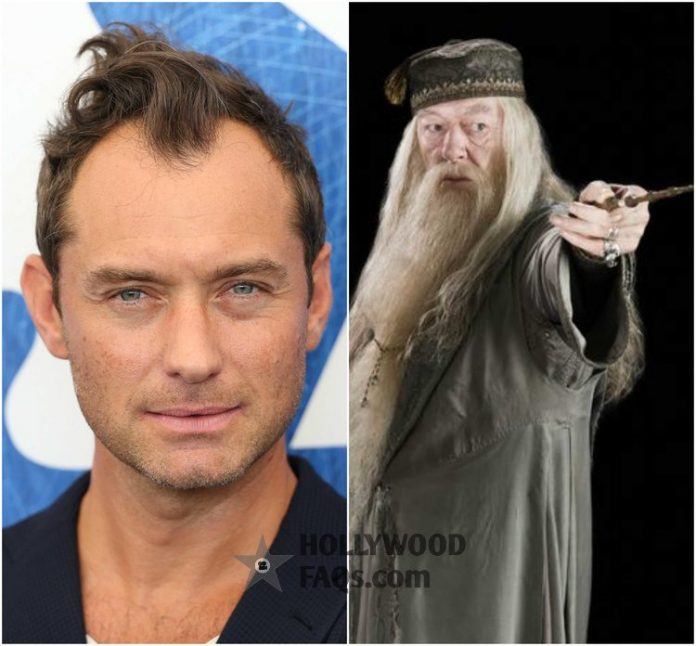 The two time Academy Award nominee, English actor Jude Law has just signed on to one of the biggest movie franchises in the world. The Sherlock Holmes star has been cast to play the role of young Albus Dumbledore in the Fantastic Beasts sequel. His role will see him play the beloved character long before he became the Headmaster of Hogwarts School of Witchcraft and Wizardry in the Harry Potter series.

Jude Law will be Dumbledore that shows him in the wizardry school as the Professor of Transfiguration and a colleague of Gellert Grindelwald, the character played by Johnny Depp in Fantastic Beasts And Where To Find Them. The young Albus Dumbledore was mentioned in the first film, when Newt Scamander was going to be expelled from the wizardry school for a magical accident. Dumbledore had been the one to fight to make him stay.

In fact, the latest tome of Hogwarts Library book, Fantastic Beasts And Where To Find Them, Newt Scamander talks about Dumbledore, saying of him, “Albus Dumbledore was something more than a schoolteacher to me.” He doesn’t get into detail, saying that it would mean that he breach the Official Magical Secrets Act as well as the trust of the man himself. Though it is not written in words about the deeds of Albus Dumbledore, his life may be revealed through Jude Law’s caricature of him in the sequel to Fantastic Beasts.

Director for the Fantastic Beasts sequel, David Yates, has a lot of good things to say about the gifted actor. “Jude Law is a phenomenally talented actor whose work I’ve long admired and I’m looking forward to finally having the opportunity to work with him. I know he will brilliantly capture all the unexpected facets of Albus Dumbledore as J.K. Rowling reveals this very different time in his life.”