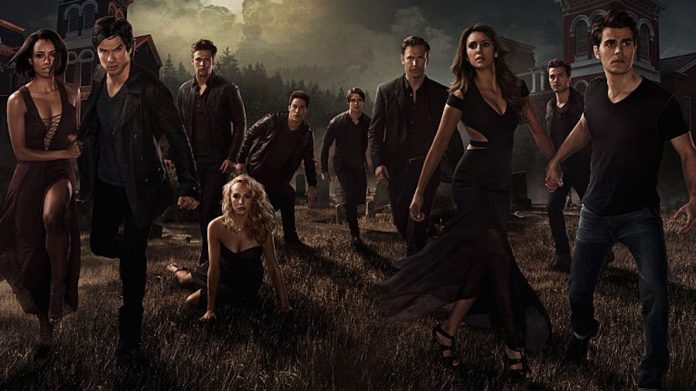 Soon, everyone is going to be missing Mystic Falls. With the end of one of the most popular teen TV shows, The Vampire Diaries will say goodbye to a stellar cast and hit seasons that made us fall in love with blood drinkers.

And what’s better than having one of the original cast members back for the grand finale? Nina Dobrev, who played Elena Gilbert on the show, has confirmed to fans that she is heading back to the Falls one last time. In a photo posted on her Instagram account, she snapped her copy of the script for the final show, captioning it as: “I know it’s Thursday, but this is not a TBT. #BackOnSet #TVDForever”

I know it's Thursday, but this is not a TBT. #BackOnSet #TVDForever

Dobrev left The Vampire Diaries after its sixth season, which saw her character put into an everlasting sleep due to a spell. At the time, she said: “I always knew I wanted Elena’s story to be a six season adventure, and within those six years I got the journey of a lifetime. I was a human, a vampire, a doppelgänger, a crazy immortal, a doppelgänger pretending to be human, a human pretending to be a doppelgänger. I got kidnapped, killed, resurrected, tortured, cursed, body-snatched, was dead and undead, and there’s still so much more to come before the season finale in May. Elena fell in love not once, but twice, with two epic soulmates, and I myself made some of the best friends I’ll ever know and built an extended family I will love forever.”

The grand finale of The Vampire Diaries will air on March 10, 2017.