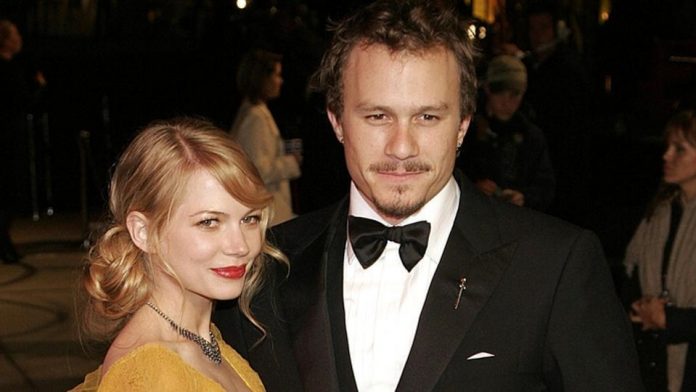 It is very tough losing a loved one. Especially when they are still young and you planned your future together. To have them gone in a heartbeat is something that few really ever get over, if ever. Just ask Michelle Williams. Her beau of over three years was the late legend, Heath Ledger, who was awarded an Oscar posthumously for his role as The Joker in The Dark Knight. Even Jared Leto, who can mask himself in an character, could not live up to the legend of Batman’s villain. Ledger really set the bar high.

Michelle, who has been nominated for an Academy Award this year for her role in Manchester by the Sea, gave a very emotionally raw interview to The Wall Street Journal about how she dealt with the death of Heath Ledger in January 2008, at the age of 28 due to an accidental prescription drug overdose. As a private person who even manages to bring up Matilda, the daughter she had with Ledger out of the limelight, this is one of those rare interviews.

Soon after his demise, she decided to move away from the home that they shared in Brooklyn, but was apprehensive about the shift, due to the most heartbreaking reason. She said: “At the time, I was inconsolable, because I felt, ‘How will he be able to find us?’ This is where we lived, and he won’t know where we are. And now I can’t believe I thought that. Maybe that’s what’s making me cry is I feel sad for the person who thought he won’t be able to locate [us].”

Since then, Michelle has singlehandedly brought up their daughter, Matilda, now 11-years-old. Since Heath Ledger, who she met on the sets of their movie, Brokeback Mountain, she has for the most part, stayed single and has never married. “It’s hard to romanticize romance when you’re 36. When you’ve been a parent for 11 years and you’ve done it alone, you don’t have romantic ideals, because you have a practical understanding that you can do it by yourself. The romantic idea of meeting your person and having a storybook family life that looks like the model you grew up with – that doesn’t really exist for me.”