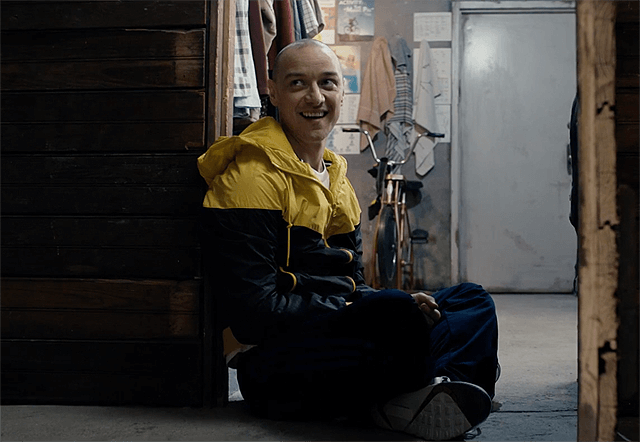 M Night Shyamalan is back with a bang!

Remember the Producer-Director’s debut film, The Sixth Sense that scared the crap out of us? After the mega-success of the Bruce Willis-starrer, he seemed to have faced a lull in his career. A few little scares came out here and there with films such as Unbreakable, The Village, Lady In The Water, The Last Airbender and The Visit. But 2017 has brought him a little more luck, with the release of the James McAvoy starrer, Split.

The psychological thriller is about a man (James McAvoy) who suffers from multiple personality disorder due to an abusive past, and ends up 23 different personalities trapped into one body. Though he is seeking therapy from a psychiatrist, there are still a number of personalities more sinister than the rest who lurk in the body of the patient. Though ‘Barry’ is the most dominant, soon two more people surface, one calling himself ‘Dennis’ and the other calling herself ‘Patricia’.

Anyway, McAvoy manages to kidnap three friends, Claire, Marcia and Casey and lock them in a basement. Though they try to escape multiple times, they are always re-captured and ultimately locked into separate cells. After a tremendous amount of psychological games being played, the most scary of all personalities emerge – The Beast. He has antics like a wild animal and possesses superpowers that are unmatched and the captured girls cannot out-run. The Beast, now the newly revealed 24th personality, kills two of the girls and the psychiatrist, but lets the third escape. His plan is to murder all the “untouched” – those who have never suffered in their lives.

In typical M Night Shyamalan fashion, the movie takes twists and turns, not because of the plot, but because of the unseen, incomprehensible and sometimes dangerous, human psyche.

Though Split was released as a B grade film, Rotten Tomatoes has given it 76% ratings and during the opening weekend, it managed to reach the top of the list for earnings at the box office.