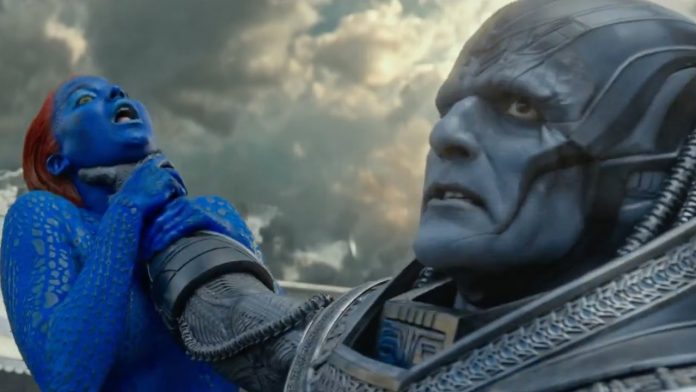 2016 was really a fantastic year for Hollywood movies. And during this year’s awards season, you will get to see all of them winning big honors for making audiences and critics happy. La La Land, Spotlight, Manchester by The Sea – all of them are just must-watches.

And then there are the duds. We were promised a lot, but some of the biggest names didn’t deliver. It was DC Comics’ two mega shows of the year – Batman v. Superman: Dawn Of Justice or their anti-hero superhero movie, Suicide Squad, it left us with great expectations and well, dismal views. Then there was also Jesse Eisenberg who starred in three of Hollywood’s biggest disappointments of 2016. We don’t blame him, just saying. Anyway, here is our list of the worst movies of 2016. Hope you enjoy, or not.

Does anybody even remember this movie coming out? But it did, truth be told, 20 years after the original blockbuster that also starred Will Smith and Vivica A. Fox. This time, it stars Liam Hemsworth and old characters Jeff Goldblum and Bill Pullman with a storyline written by the original writer, Roland Emmerich. When the sequel comes out two decades after the original, you know that it’s just a story that the producers want to re-create until they can milk it no more. That’s probably why 20th Century Fox gave the green signal only in 2014, though Emmerich wanted it out since 2002. Somehow the movie managed to make double of what was set as the budget, but that doesn’t mean it did anything good for audiences. In fact, it gave us a reason why aliens don’t want to contact us – because we make such stupid sh*t and try to sell it.

Who else was pumped since 2015 when the first promos for this anti-hero squad came out? We were like: movie of the year, man! First off, we were promised The Joker. What the hell did Jared Leto nearly go mad for, if only for a few minutes of screen time? Harley Quinn was the only one who got her money’s worth, since she’s getting her solo spin-off sometime this year. But the rest of the movie was so crappy, so put on, so unconnected, it looked just like a fast food joint – they show you something juicy but end up giving you something sloppy. I mean, was there even a plot? Again, the movie did bloody well at the BO, but that’s only because of expectations. And no, the movie did not deliver.

When you have a star cast, you imagine that the movie is going to be stupendous. But what Hollywood has taught us is that sometimes it’s not the case. Take this movie, for example. We have America’s sweethearts – Julia Roberts and Jennifer Aniston, along with Jason Sudeikis – and it turns out that the movie falls flat on its face. Unlike the Mila Kunis-Kristen Bell starrer, Bad Moms this one was just not happening. It took too much on, and didn’t portray a storyline worth remembering. Too bad it was Garry Marshall’s last movie. His other films like Pretty Woman and Runaway Bride are all he should be remembered for.

This one was a real injustice. Already DC fans were pissed when Ben Affleck was chosen to play the dark hero. And when you put two of the Comics giants together, it made for something of a debacle, really. Of course, again like Harley Quinn, Wonder Woman got her own spin-off, and we are sure Gal Gadot will do a fantastic job as compared to her caped superhero compatriots. Jesse Eisenberg was too hysterical and less evil, and the movie just did not cut it for us. Why would you do this to fans, DC?

The poster for the movie caused quite an uproar (remember the one where JLaw was being choked and women’s rights activists felt it looked like abuse?) Well, the movie was an abuse to audiences. Hollywood has this annoying way of taking a hit franchise and running it into the ground. Logan should be a great breather from Professor X’s school for mutants. But this one just did not cut it with all that god-talk. Frankly, this one was god-awful.

Why, Jesse Eisenberg, why? Here’s a mad talent that is going to waste thanks to Hollywood commercialism. The first movie was good, not exceptional, and this one didn’t even make the cut. Again, the trailer was mind-bending and had audiences asking for more, but when the actual movie came it, it lacked lustre to such an extent, that even the star cast wasn’t enough to magically turn things around. They have this unfair way of tacking talented actors, promising a lot and delivering little.

Woody Allen should have retired after Annie. In the industry, only a big name will go. Because it was Woody, people had hopes for the film. Again, Jesse Eisenberg was cast. This time opposite one-faced Kristen Stewart. Also we don’t like to see comedic talent like Steve Carrell’s be passed off as a philanderer who’s into young women. The movie definitely could have done better and the actors could have contributed more. But with a name like Allen’s attached, this lack-lustre flick was filed under ‘art’.