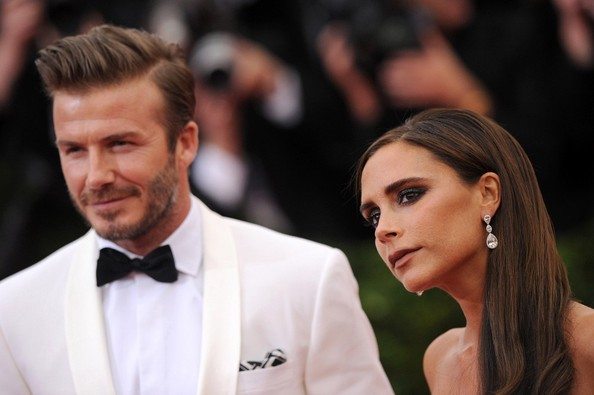 Thanks to Instagram, we all know that David Beckham and his family, along with Gordon Ramsey and his were holidaying in the sunny Maldives during the holidays. If there is one enviable couple who has stood the test of time in a fickle world, it has to be David and Victoria Beckham. They, along with their adorable four children – Brooklyn, Romeo, Cruz and Harper – make the picture-perfect family.

The former Spice Girls star and current fashion mogul has written a letter to her 18-year-old self for Vogue. What would she, now an established businesswoman, successful in everything she touches, both professionally and personally, say if she met her younger self today. This is what Posh Spice had to say –

“Bite your tongue. Be supportive. And preserve a bit of mystique.”

“Never let yourself go completely (at least brush your hair, clean your teeth, have a bit of brow because you will always want him to look at you and feel attracted).”

“Always make time for each other.”

“And do not forget the person you fell in love with.”

“Love at first sight does exist. It will happen to you in the Manchester United players’ lounge – although you will get a little drunk, so exact details are hazy.”

“While other football players stand at the bar drinking with their mates, you will see David standing aside with his family. And he has such a cute smile.”

“He’s going to ask for your number. (He still has the London-to-Manchester plane ticket on which you wrote it.) I’m afraid that most of your first dates will be in car parks, which is not as seedy as it sounds.”

“But I need to warn you: a lot of your time there [in Spain] will be really hard. I’m not afraid to say now what a horribly difficult time it was.”

“People will say awful things. You will be a laughing stock. Every time you turn on the television or look at a newspaper it will seem as though someone is having a go at you and your family. You will learn how mean other women can be.”

“In relationships people will throw obstacles in your way, and you either manoeuvre around them or you trip up. You will never discuss with David how many children you both want; you don’t say to each other, ‘Where shall we live?’ You don’t discuss any of that because you will be young and in love.”

“Even when you don’t necessarily want the same thing, your support for each other will mean that you will stick together and grow up together.”

From these words that she has penned, you can easily see the things that are most precious to her – her husband, her family and the love she has for all of them. Very wise words indeed, from a woman who has traveled the world and seen it all.