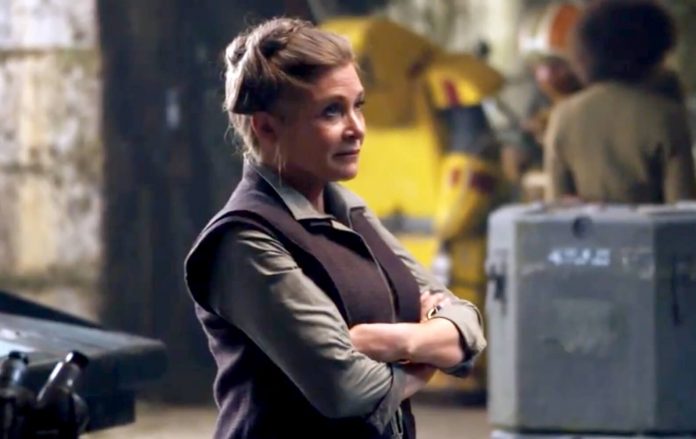 It what can only be termed as bittersweet, the late Carrie Fisher had actually finished filming all of her scenes for the upcoming Star Wars Episode VIII. Fisher passed away due to heart failure at the age of 60 on December 27, 2016.

Re-live the eventful life of Carrie Fisher in photos.

She had been a major part of the hit Star Wars franchise since the very first movie in 1977, Star Wars: Episode IV that was dubbed A New Hope. She played the part of Princess Leia Organa, and twin to Luke Skywalker, a Jedi warrior. They were siblings separated at birth due to the death of their mother, Padmé and to be protected from their own father, Anakin Skywalker, aka Darth Vader who had crossed over to the Dark Side. The storyline of Leia and Luke was eventually brought to light in subsequent movies where Natalie Portman and Hayden Christiansen played their respective parents.

Though the franchise took a break for over a decade, the next instalment – Star Wars: The Force Awakens was released in 2015 and became the highest grossing film of the year. Carrie Fisher played a part in that film as well, now an ageing General Leia Organa, who had been in a relationship with her on-screen love, Han Solo played by Harrison Ford. In the movie, it was revealed that the two had borne a child, Kylo Ren, who like his grandfather before him, had also moved to the Dark Side. Han Solo was eventually killed by his own son.

Before her sudden death in December last year, the veteran actress, comedienne and author, had filmed all of her scenes for the impending Star Wars: Episode VIII. Her character is said to play a major role in the movie, considering she is the mother of Kylo Ren and also a great General in a time of need for the galaxy far, far away. Now that the late actress is no more, what will be the future of her character is still uncertain. But fans will get to share the most bittersweet moment on the big screen when they get to see their beloved Leia play her part for the last time.

Episode VIII will be released on December 15, 2017 in theaters worldwide.