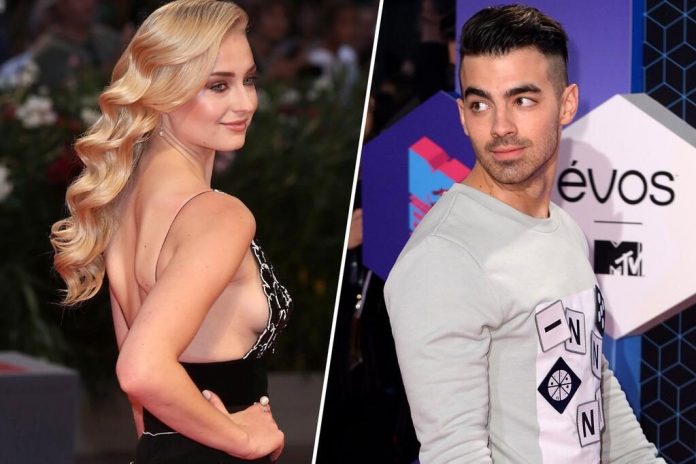 Are they – aren’t they? That always seems to be the inane question that goes on in everyone’s mind when they witness a couple being spotted together. And in a place like Hollywood, where this one is hooking up with that one, and these two are breaking up and breaking hearts, we can probably be rest assured that at least two celebs are going to be going strong for a while. Fingers crossed. After all, one of them made it Instagram official.

HBO’s Game Of Thrones star, Sophie Turner has finally won the heart of one of Hollywood’s most elusive bachelors – former Jonas Brothers and current DNCE frontman, Joe Jonas. Back in the Fall of 2016, they were spotted getting cuddly and mushy at a concert, as other concertgoers looked on and snapped pictures for circulation and posterity.

However, since then they have kept a low-profile, except when Joe’s brother and pop star, Nick Jonas posted a couple of his own Instagram photos from a photo booth at a friend’s wedding, that hawk-eyed fans noticed the new rumored couple together right at the back. Though at the time they weren’t hugging/making out/getting handsy (at least where we could see), being together at a close friend’s wedding is a pretty big deal under couple rules. You don’t take a fling to a wedding, right?

Then when winter came to Hollywood, Joe announced that he was going to be away, spending the holidays in Mammoth. Everyone thought that Ms. Turner would be busy filming for her role as Sansa Stark in GoT, but then she posted an Instagram shot of her in – where do you think? – Mammoth! Though she was with a friend, fans couldn’t help but point out the “coincidence”.

And now this. On Sophie Turner’s latest Instagram post, she has posted Joe Jonas smoking a cigar on a boat, captioning the photo as “Miami Daze”. In an interview with People magazine ages ago, the Cake By The Ocean singer has spoken about what he wants from his ideal girl: “The biggest test is bringing her around friends because I have friends who are really tough about new people – we have a really tight circle. You bring them around friends and see if they can handle themselves well – that’s usually a good test.” So, it looks like Sophie Turner has passed the friend litmus test.