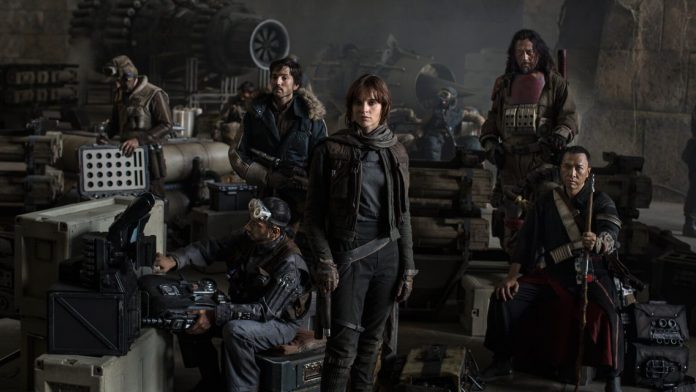 The Force is strong with this one!

Disney knows that there is still hope for their Rebel Alliance with Rogue One: A Star Wars Story making over $500 million since its opening and throughout the Christmas weekend. This, despite other tough competition from movies opening around the same time including the Jennifer Lawrence-Chris Pratt starrer Passengers and Michael Fassbender’s Assassin’s Creed movie.

In the United States alone, Rogue One made $64.4 million during the Christmas weekend. Worldwide, it raked in a total of $47.1 million during the same period. The opening weekend for the movie brought in over $155 million.  This brings the total to $523.8 million overall since its opening on December 16, 2016.

This has been a fantastic year for Disney, who even before Rogue One released, earned $2.49 billion at the box office in 2016 alone. Though Rogue One did so fantastically well, it still falls way short to how Star Wars: The Force Awakens did at the box office during the same period last year. Fans of the franchise would want to see old characters come to life again – Han Solo and Chewbacca in the Millennium Falcon, Princess Leia, Luke Skywalker and yes, the offspring of Solo – Kylo Ren, gone to the Dark Side. Rogue One is set at a time before A New Hope when the Death Star was still being built by the Empire, and follows the Rebel Alliance to the discovery and attainment of the plan.

Rogue One has earned way more than other films being released during the holidays – the animated musical Sing has earned $34 million, while Passengers earned $11.8 million and Assassin’s Creed came in fourth with $11.2 million. Sadly, Why Him? starring Bryan Cranston and James Franco did not captivate audiences and rounded up the top five by earning $3.9 million since its opening weekend.