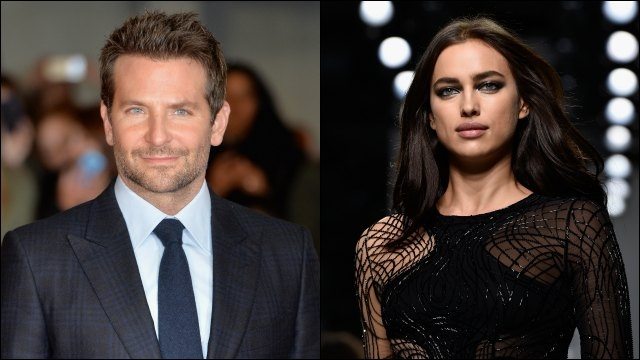 Ok, ladies. From today you can officially call Hollywood A-list actor Bradley Cooper “daddy” and not feel like a psycho with fatherly issues. If reports are to be believed, then he and his super gorgeous Victoria’s Secret Angel supermodel girlfriend, Irina Shayk are expecting their first baby together!

And here is some news to make you even more envious – while you are still trying to tuck in your turkey tummy from Thanksgiving, Irina just walked the ramp in sexy lingerie for the Victoria’s Secret Fashion Show 2016 in Paris. She is apparently already in her second trimester. So there’s that.

We want to give you a timeline of their romance as they become a young, gorgeous family together. And after everything we have been through in 2016, it’s great to end the year with a real-life fairy tale and proof that love is still alive and all that romantic jazz.

Irina Shayk was dating Portugal soccer player, Christiano Ronaldo for a while, but the two officially split. At around the same time, Bradley Cooper called it quits with his longtime girlfriend, Suki Waterhouse. The beautiful couple were spotted for the first time together while attending the Broadway musical for Finding Neverland. See, beautiful things happen when you believe in faith, trust and pixie dust.

The new couple seemed to be so in love and oblivious to the paparazzi swarming around them to get snapshots of their budding romance. They were pictured several times making out like a couple of hormone-driven college kids. NYC, London, the freaking beach. Everywhere. Close sources to the couple have been quoted as saying: “They’ve been spending lots of time together these past few weeks and have had many date nights. Their chemistry is crazy when they are together. They can’t keep their hands off each other.” And “They both want kids one day and that’s been discussed between them. They have a huge attractions to each other between their personalities and their sexual energies. You see them in a room and you are immediately in love with them as a couple.”

Their seemed to be no stopping the romance between them. Even though they both had hectic schedules, her being a supermodel and all that, and him playing kick-ass characters on screen, they still found time for each other. As autumn and winter approached, they found reasons to cuddle up together in public and spend more private time indoors. In fact, there were two instances during this timeframe that are staple in a relationship taking that giant leap – Irina was introduced to Bradley’s mother (and it is well known that the two get along really very well) and they exchanged those eight letters, three words: I love you. Awww.

Media were speculating that the freakishly good-looking couple had broken up, since they were not seen together publicly in a while. But again, sources to the couple came to their rescue and confirmed that they were very much together, and that Irina had been spending quality time with Bradley’s mother, even when their man wasn’t around. That’s a big deal, people.

Finally, the two made things official earlier this year when they attended their first red carpet event together, at the L’Oreal Red Obsession Party held in Paris. Later on, Bradley came to support his lady-love during her catwalk at a Givenchy show, and couldn’t keep his eyes off of Irina. Like every other man, woman and creature with a pair of eyes. Later on, she shared their first official couple picture together through Instagram. Yes, that’s how you come out as a couple these days: make it Instagram official.

They were all over town again, attending red carpet event after event, and it was around this time that the two began talking seriously about spending the future together and pulled out that word that all men secretly dread: marriage. Again, a source did us a favor by confirming the news, saying: “Things are getting more serious between them. They have spoken about having a family soon and building a future together. Irina would like to have kids in the next few years. Being a mother is something that is very important to her. Things are moving in an amazing direction.” You know when you hear that biological clock go tick-tick that you need to settle down pronto, amiright, Irina?

The couple attended Wimbledon together and photos emerged of a make-up free Irina (who still looked effin’ gorgeous. Why oh why do you do this to us, god?). It looked like the couple were fighting and she was wiping away tears, though sources said it was allergies and that the couple were doing just fine, no big deal.

And then the world got busy with other more important news, like Kim Kardashian’s Paris robbery and the mental institutionalizing of Kanye West, etc. But there was something special brewing between the couple in the meanwhile and then…

Bam! There’s a Bradley-bun in Irina’s oven. And all we can do is congratulate the couple and wish them all the best in life. Their off-spring will no doubt be a combination of gorgeousness and talent.

And as they make plans to become a family together, we can spend Christmas alone – with a bottle of wine and Mariah Carey. Oh, joy to the freakin’ world.