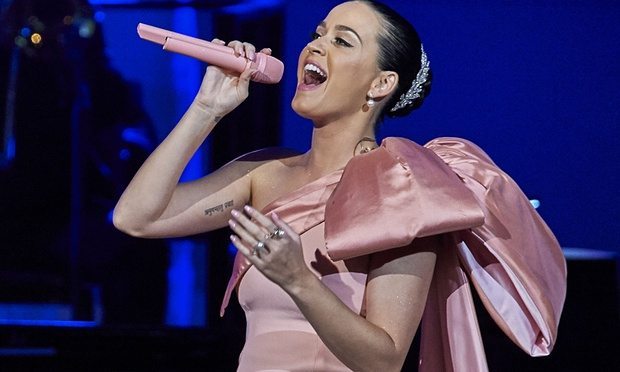 American singer and song writer Katy Perry has been named as the highest earning woman in music. The position was so far dominated by singer Taylor Swift. Forbes Magazine has reported that the Prismatic Tour by Perry and lucrative deals with Covergirl Claire’s and Coty helped her to earn a whopping $135 million in 2015 compared to Swift’s $80 million.

The 31 year old ‘Dark Horse’ singer on an average earned $2 million performance during the span of 126 concerts between June, 2014 and June, 2015. On the other hand Swift is busy earning from her ongoing 1989 tour. More reports have revealed that Taylor is eyeing the top spot in 2016.
Perry has also been named as the third highest paid celebrity in 2015 and is behind Manny Pacquiao and Floyd Mayweather. Katy in an interview said, “I’m an entrepreneur. I don’t want to shy away from it. I actually wanted to kind of grab it by its balls.”
In music the third place for women is Fleetwood Mac with $59 million income which means an average of $1 million per show. Other ladies Lady Gaga and Beyonce maintain the fourth and fifth highest paid women earning $59 million and $54.5 million respectively.