British glamour model Danielle Lloyd and husband Jamie O’Hara are already parents to two sons Archie and Harry. Now the couple is all set to welcome their third child. The news was put out by the model herself, as she announced about her pregnancy. 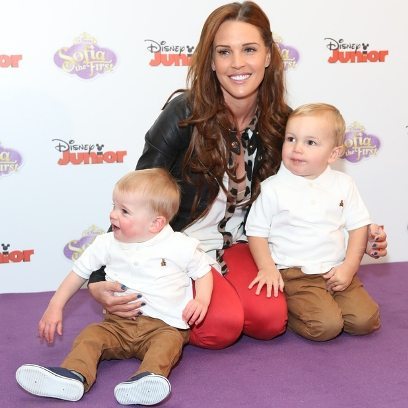 Danielle, while talking to Closer magazine said, “It’s going to be our last baby, so I’d love a girl I can dress up rather than have to play football with.” The model also added that she wishes for a healthy and a happy baby more than anything.

Apart from Danielle, close friend Katie Price has also announced her pregnancy, with husband Kieran Hayler. Danielle had hoped that Katie too has her baby at around the same time. The British model added that her pregnancy came as a shock and that she and Jamie conceived after getting a bit carried away while they were on a night out in the month of December, while celebrating her birthday.

Llyod said that when she first saw her positive test she thought to herself that she might be mad, but when they saw the heartbeat at the six week scan, they were over the moon. The model also said that just having two boys was quite tiring as they were quite boisterous.