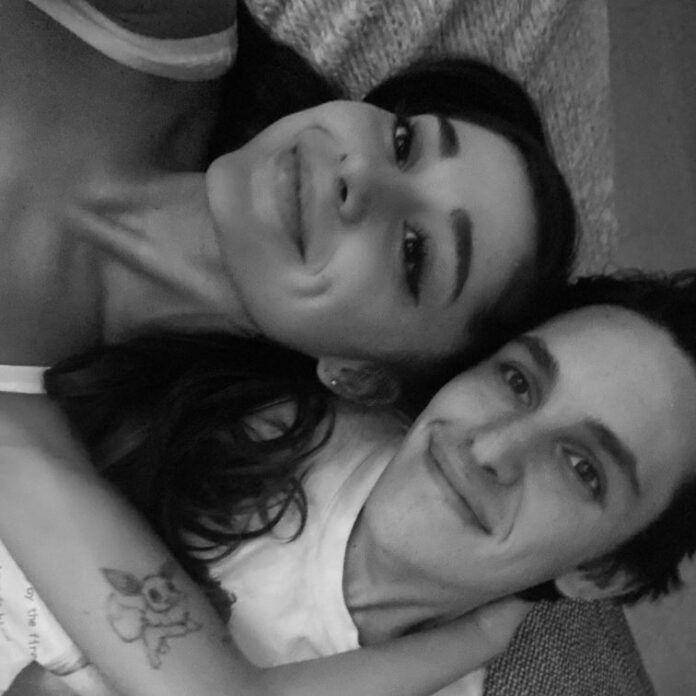 American singer and actress Ariana Grande through a  series of tweets has announced that she is engaged. The singer in the pictures can be seen posing with her fiancé Dalton Gomez and her engagement ring. Ariana in the pictures is seen cuddling with Gomez who is reportedly a real estate agent. The announcement was made on December 20, 2020.

Soon after the announcement, congratulatory messages started pouring in from close friends and family members including Ariana’s mother who expressed that she is excited to welcome Gomez in to the family. The two were first seen around Valentine’s Day , 2020 and then a few reports claimed that they started to date from the month of March in the same year. More reports claimed that they remained in quarantine together that allowed them to spend some quality time.

Some of the close friends revealed that Dalton was  dancer  and the two have a number of mutual friends. The pandemic time allowed them to spend a lot of time together and got to know each other well. In the month of August, 2020, Ariana also celebrated Dalton’s birthday. The Put Your Hearts Up singer had then posted a number of pictures and videos and had then addressed Gomez as her best friend.  Not many noticed that the singer had also celebrated her birthday in June, 2020 with Dalton.

It was just about a month back when the singer had had made her relationship with Dalton official through an Instagram post. On the work front, Ariana released her latest album Positions in the month of November, 2020. It was in 2018, when the singer was engaged to Pete Davidson, who is a cast member of Saturday Night Live, but their relationship came to an end in the same year. In 2016, the actress dated Mac Miller and also worked professionally. But miller died accidentally due to drug overdose in September 2018.