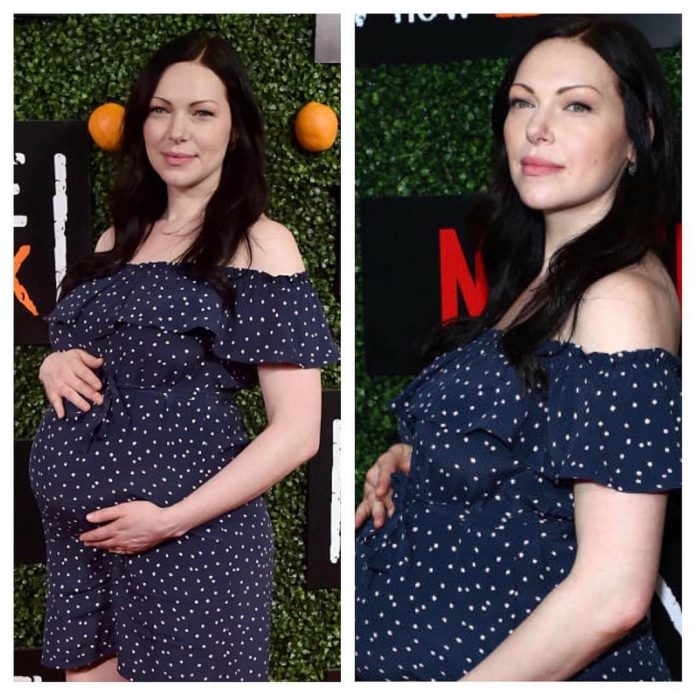 Donna Pinciotti had a baby! Former That ’70s Show star Laura Prepon just welcomed her daughter with fiancé Ben Foster, as reported by Us Weekly. The happy mother seems to be doing well, but there is little known at the moment, especially what she’s named her newborn.

Laura Prepon first debuted her baby bump at the Sundance Film Festival in Utah back in January. She also announced her engagement to partner Ben Foster at the premiere of The Girl On The Train.

Eyewitnesses say that shortly after the birth of her daughter, she was seen at a popular restaurant called Out East in East Village, New York where she dined on fish and wine, something that a pregnant woman could never hope to touch during the tenure of pregnancy.

On LIVE With Kelly and Ryan, Laura told the hosts how being pregnant was going for her. “It’s kind of weird, ‘cuz it sneaks up on you where you’re like, ‘Oh my God, she needs to come out already!'”

“I’m creating life and it’s so incredible . I’m so ecstatic for this experience. But you go through so many changes. We’ve been in the Pacific North West keeping it low-key. I’m a very private person.”

Laura Prepon and her fiancé Ben Foster have been close friends since they were teens. They announced their engagement back in 2016. On Kelly and Regis, the Orange Is The New Black star showed off her engagement ring. On the same show, her That ’70s Show co-star Ashton Kutcher made an appearance and joked how they never knew they would see the day she got engaged. But now she has, and she’s also a mama!

Congratulations to Laura Prepon and Ben Foster on the arrival of their bundle of joy!