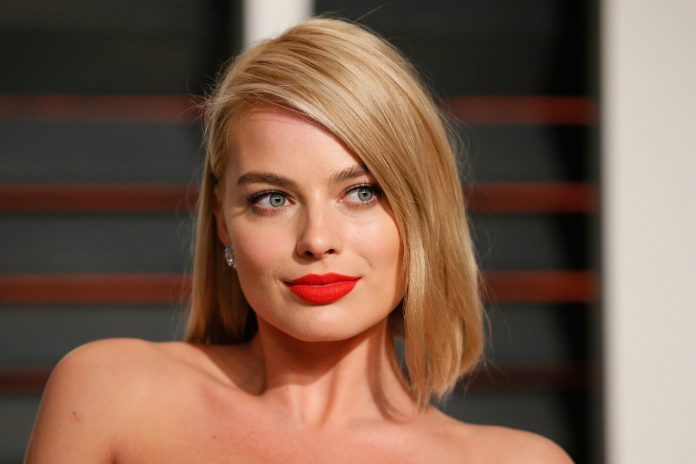 It looks like Suicide Squad actress, Margot Robbie has finally said “I Do!” in the land Down Under. Details are slowly emerging about the romantic nuptials between her and long-time partner, Tom Ackerley. Though Robbie has been engaged since the beginning of the year, tabloids and paparazzi were nowhere in sight when they took their vows, due to the secrecy and intimacy of the occasion.

Margot was seen at the airport with a blue t-shirt designed by fellow Australian, Kylie Minogue, that said “Say I Do Down Under”. The t-shirt is actually meant for equal rights for the LGBTQ community, but it sent fans into a frenzy, wondering if this was a slight hint about her own impending walk down the aisle. Margot and beau Tom have been together for a while now, and though their relationship was mostly kept private, no one could deny that there was something super special between the two. Margot, as we all know, has become one of the top actress in Hollywood, since her debut opposite Leonardo DiCaprio in Wolf Of Wall Street. Her next big release was this year’s Suicide Squad, playing the role of The Joker’s lover, Harley Quinn. Her own spin-off movie Gotham City Sirens is in the works, which will captivate audiences with the same-sex relationship between Harley Quinn and Poison Ivy.

The actress posted an image on Instagram which shows her cheekily with her ring finger to the camera and she and her new husband kissing in the background.

According to sources, Margot’s mother walked her daughter down the aisle, since she is estranged from her sugarcane tycoon father. The theme was very gypsy, with teepees and a menu that included pizza and cocoa puffs with milk for dessert. The bride wore an Oscar De La Renta off-shoulder gown and pulled back her hair in loose braids. Though her hubby wanted to get married in his native UK, looks like the wife won, as the wedding took place in the Gold Coast at an exclusive estate in Coorabell.