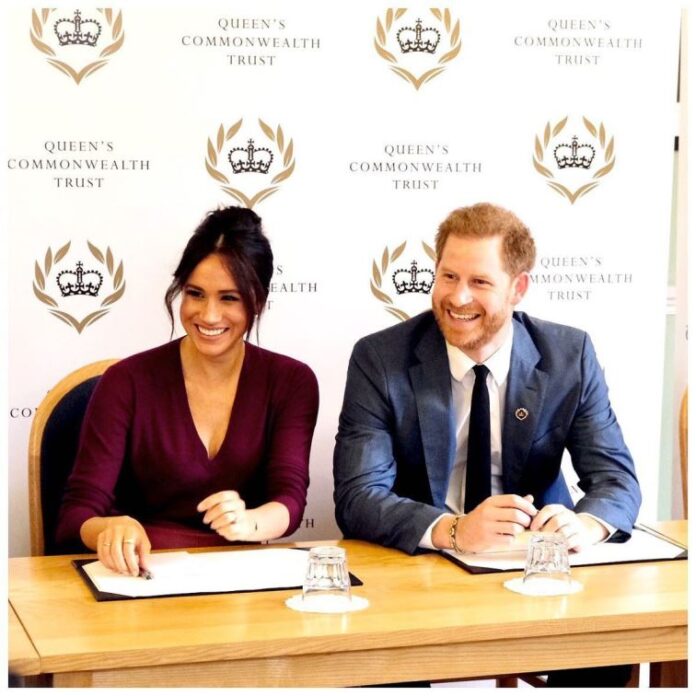 After a long wait, Prince Harry and Meghan Markle have welcomed their daughter. The announcement was made on June 6, 2021 by the couple, who has named her Lilibet “Lili” Diana Mountbatten-Windsor. The little one was born at Santa Barbara Cottage Hospital in  Santa Barbara, California. The mother and the child are doing well and are settling in at home. The new born weighs 3.48 kgs and was reportedly born at 11:40 am on June 4, 2021.

This is the second child for Meghan and Prince Harry who are already parents to a son Archie. The couple paid a tribute to the Queen, whose nickname is Lilibet. Prince Philip was the last person to refer the Queen as Lilibet. The middle name of the baby girl is Diana and with this they have also paid tribute to Harry’s late mother Princess Diana. Prince William and Kate Middleton’s daughter Charlotte also has Diana as one of her middle names.

Meanwhile, despite the differences and the controversies over the interview, the other Royal family members expressed their delight and happiness over the birth of Baby Lili. She has become  the monarch’s 11th great-grandchild. The Kensington Palace congratulated Prince Harry and Meghan Markle over the birth of the new family member. William and Kate in a separate post on social media also congratulated the family.

British Prime Minister Boris Johnson congratulated the couple and wrote, “Many congratulations to the Duke & Duchess of Sussex on the birth of their daughter.” Lili has also become the first grandchild of Queen Elizabeth to be born outside the United Kingdom. The name Lilibet was first used for Queen Elizabeth II when she was a toddler. It was her grandfather King George V who fondly called her as Lilibet. It was in 2020 when Prince Harry and Meghan had shifted their base to California. They had also given up their roles as senior royal members.