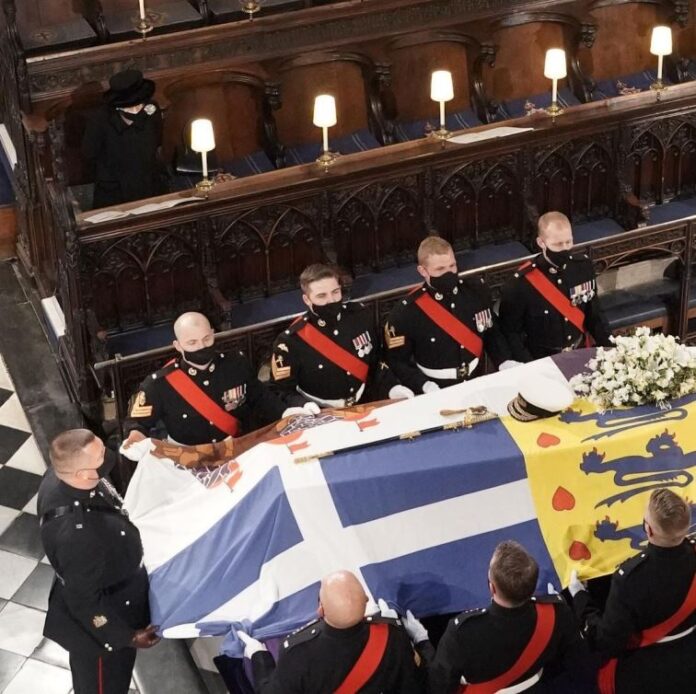 Prince Philip the Duke of Edinburgh had passed away peacefully on April 9, 2021. The senior most member of the Royal family was laid to rest in an intimate funeral ceremony on April 17, 2021. The ceremony saw the immediate members of the family  that included Queen Elizabeth II. Prince Philip died at the age of 99 and had been with his wife for nearly 70 years. The coffin was carried from Windsor Castle to St George’s Chapel in a Land Rover that he had helped to design.

Meanwhile the family members  Prince Harry, Prince William and cousin Peter Philips were seen walking behind the Land Rover. Despite the tensions between Prince Harry and Prince William, they were seen walking together and were also seen interacting with each other. The Queen was seen sitting alone  during the funeral due to the social distancing measures that were taken because of the coronavirus pandemic. The chapel was seen visibly empty as only 30 members of the family were invited for the ceremony. The mourners were seen wearing masks and also refrained from singing.

A number of people were seen gathered outside the Buckingham Palace on Saturday as they paid tribute to the late Prince Philip. A number of people also wondered as to how the Queen was going to manage without her partner especially at a time when there is a lot going on in the royal household. Meghan Markle, who is pregnant with her second child of Prince Harry, had decided to remain away from the funeral and did not travel to the United Kingdom. The Queen is all set to turn 95 next week. She has also taken part in a number of royal engagements even after the death of her husband. Prince Harry and Prince William, amidst the rift between the two