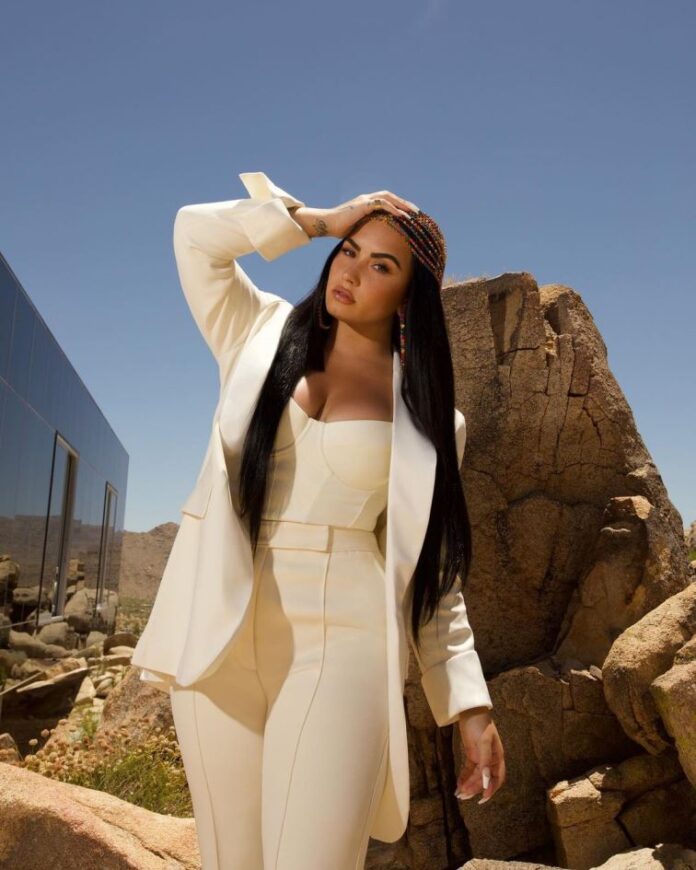 American singer and actress Demi  Lovato recently shot for her upcoming music video for the song Dancing With the Devil. The singer shared her experience of how tough and challenging it was to shoot for the song that is about her overdose incident that happened in 2018. Demi shared a short clip from the video in which she is seen wearing  green jacket similar to what she was wearing on the night when the near fatal incident had happened. The clip also showed the singer as she sings while laying on her hospital bed with a nasal tube.

Lovato captioned her post saying that the video recreated the moments from the near-fatal drug over dose in 2018 and shared that it was not the easiest shoot that she has done. The singer added that she creates her art to heal and to inspire others. Lovato in the video can be seen emotionally singing the lyrics that say, “I was dancing with the devil, out of control / Almost made it to heaven / It was closer than you know.” The post by the singer got millions of views online and a number of people also appreciated the singer to cone out in open about the incident.

One of the users thanked the singer for sharing her pain that could help others. Another fan wrote that it was the hardest music video that he ever had to watch but the message conveyed was important. Before the music video is out, the singer has already spoken about the night when the incident had happened. Demi Lovato had talked about the incident on an original documented series on YouTube known as Demi Lovato: Dancing With The Devil. It had debuted on March 23, 2021.