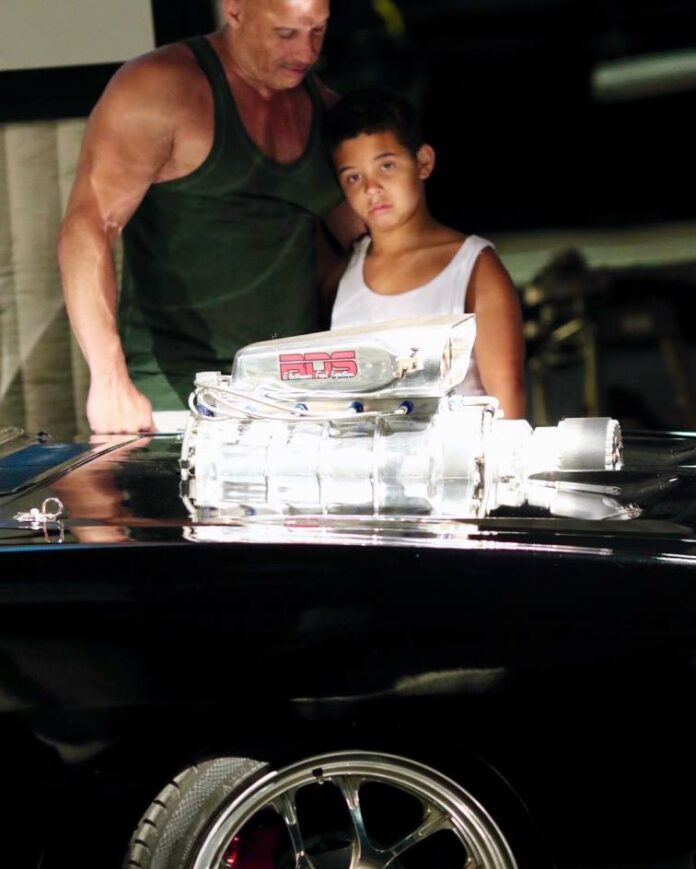 The Fast & Furious franchise is gearing up for the 9th installment and this time the makers of the film are looking forward to bring in something new for its fans. This time a much younger looking face might be the attraction of the upcoming installment. Hollywood star Vin Diesel’s son Vincent Sinclair is all set to make his big screen debut this summer in the upcoming Fast & Furious 9. The younger version of Vin’s character would be Dominic Toretto.

People familiar with the development have revealed that Vincent will be seen playing the role of Younger Dom and the surprising part is that he had filmed his scenes in late 2019 when he was 9 years old. However, for now it is not clear as to how much screen time Vincent would be having in the upcoming installment of the thriller. The contract has mentioned that Vincent got paid at a daily rate of $1,005.

The money is certainly not bad for a kid who is rightly on the track to become a superstar in future while following his father’s footsteps. Not many are aware that there has been a flash of a younger Dominic in Furious 7 but then the character was played by an actor named Alex McGee.

Fast & Furious 9 is ready to be released in theatres on June 25, 2021 and is helmed by Justin Lin. It has Vin Diesel, Michelle Rodriguez, Tyrese Gibson, Chris Bridges and John Cena playing important roles. The film was expected to be released in April 2019 but was delayed a number of times due to a number of reasons. First it was delayed due to the release of Hobbs &Shaw in 2019 and then came No Time to Die in 2021. The COVID-19 pandemic also played a big role in the delay of the film but now it has been official that the film would be released in June, 2021.