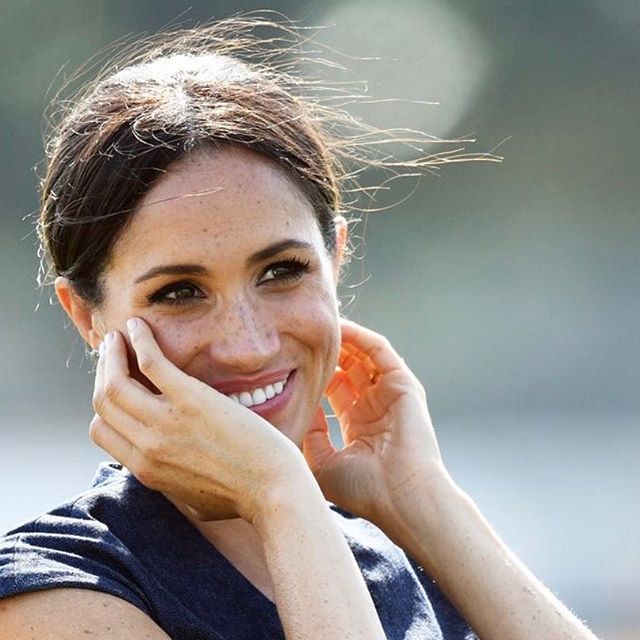 While the world recovers from the shock Meghan Markle and Prince Harry dropped a week back, things are being worked out slowly. While Prince Harry is working with Her Majesty Queen Elizabeth II, with the terms, Meghan continues to remain in Canada with son Archie. Meghan was snapped at the airport at the Victoria International Airport in Canada, as she drove herself to pick up one of her closest friends. The former American actress was seen driving a black Land Rover and was at the airport to pick up her pilates instructor friend Heather Dorak.

The Duchess of Sussex did not step out of her car, but was seen accompanied by a male member, who was probably one of the security personnels. While Meghan remains in Canada, she has already made her visit worth by visiting a women’s centre in Vancouver and spend some time with the members over tea. The former actress spent some time while understanding how the organization works. Over Meghan’s returning to UK, no particular time has been announced and for now she would to continue to stay with son Archie in Canada.

An update in their stepping down as the senior members of the royal family, the Queen has given her consent in the separation and says that she understands their needs. Prince Harry and Meghan Markle will be splitting their time between UK and Canada. The couple would continue to support the Queen but would like to be independent individuals.

The announcement was made by the couple a week back and the news spread like wild fire. The decision by the couple did not go down well by many. The Queen along with Harry is discussing about how the security arrangements would be adjusted between the two countries. UK Prime Minister Boris Johnson had recently said that he believes that the members of the royal family would settle the differences between Prince Harry and his wife Meghan Markle.