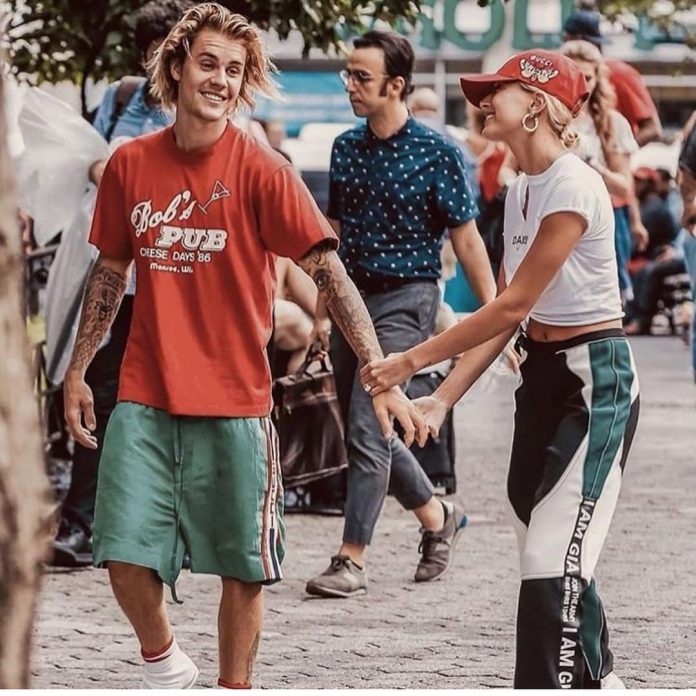 Canadian pop star Justin Bieber got engaged to American model Hailey. Some of the recent reports had speculated about Justin and Hailey’s relationship status after they were seen together at New York City courthouse well-known for issuing marriage licenses. But now the Canadian singer has confessed himself.

Justin has confirmed that they are a married couple now. The news came out when Justin shared an adorable picture of the couple on his Instagram page and addressed Hailey as his wife. The Baby singer has confirmed about his engagement to Hailey in an Instagram post four months back. The post had a romantic picture of them. Hailey in the picture can be seen sitting on Justin’s lap as she plants a kiss on his cheek.

Baldwin was earlier linked to singer Shawn Mendes after they had attended the Met Gala held in New York together in May, 2018. Justin Bieber in a candid interview with GQ Magazine in February 2016 had said that he wanted to be careful not to rush in to things with Baldwin in case she ended up in being the one. The singer had then said, “What if Hailey ends up being the girl I’m gonna marry, right? If I rush into anything, if I damage her, then it’s always gonna be damaged. It’s really hard to fix wounds like that. It’s so hard … I just don’t want to hurt her.”

Bieber was earlier in a relationship with Selena Gomez. The two started dating in 2010 and since then they had an on and off relationship. The couple separated in 2012 and reconciled a few weeks later but again split in January 2013. The ‘on’ and ‘off’ relationship continued in 2014 and in 2015. Later in 2017 it was reported that the two had got back together but broke up again for good in March 2018. Bieber then got engaged to Baldwin on July 7, 2018.