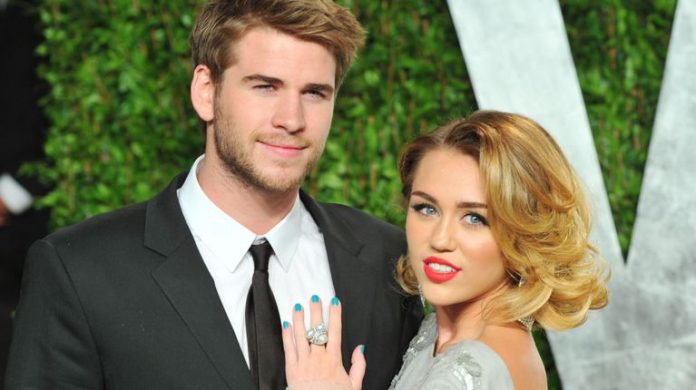 American singer and actress Miley Cyrus and Australian actor Liam Hemsworth have reportedly called off their wedding. The reports further said that the Hollywood power couple could not agree on when they should have children. 28 year old Liam was eager to settle down and become a father while 25 year old Miley could not agree.

Liam wanted to have children and become a father but the plans could not go down with Miley. More reports said that Miley was putting off the plans of wedding while Liam was tired of it and that they could not get along well in recent times. The singer was not keen on getting married and Liam’s family was begging him to settle down for a long time but the actor continued his faith in Miley. Efforts were made to contact the spokespersons of Miley and Liam but in vain.

Cyrus in an earlier interview had said that getting married was not their priority. The singer added, ‘I don’t envision marriage. “I’m 24. I hope I get to live a little bit more. I have too much living to do [before I get married]”. Some of the earlier rumours had claimed that the couple had got married in Malibu in March 2018. Some of the inside reports said that the couple had a secret “hippie-style” wedding ceremony at their Malibu, California mansion. Even the neighbors did not have any clue that it was a wedding and that they could just see kids running around everywhere. Reports further added that Miley had worn a white flowey outfit and all her animals were roaming around which made the atmosphere crazy.

Coming back to the current situation, Miley Cyrus is keeping a low profile at her parents’ home in Malibu amidst reports of a broken engagement. The singer had last week deleted all the pictures on her Instagram account but it is unclear if it was due to her relationship issues.