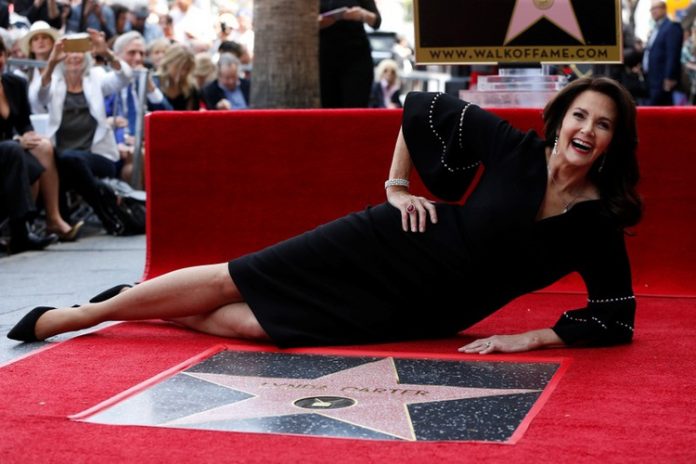 TV actress and singer Lynda Carter, best known for her role as Wonder Woman, was honored with a star on the famous Hollywood Walk of Fame on April 3, 2018. The honor comes after her superhero character won accolades on the big screen as well.

Carter before unveiling the terrazzo and brass star expressed in an interview, “It seems impossible but I have been in entertainment for more than 50 years — do the math. I have loved it all!” The Wonder Woman character played by Carter had first appeared on the pages of the DC comics in 1941 and then made its way to the television sets as a TV series in 1976. The 66 year old was introduced by Leslie Moonves , a long time friend and CBS Corp Chief Executive and Patty Jenkins, the director of the blockbuster flick.

The director said that Carter had inspired her as a girl. The 46 year old director added, “Her Wonder Woman made me believe I could have whatever I wanted, and even more importantly, it made me unashamed to want it”. Wonder Woman as a TV series was only in the US television for three seasons. But the series with Carter’s performance had given Wonder Woman a steady and strong feminist symbol.

An emotional Lynda Carter thanked her family and friends for their support and also remembered the men who helped stand behind the women’s stories. The actress said, “From all of the wonder women out there, we love our men who stand with us and champion our causes and our voices”. The 66 year old signed off saying, “This is a day that I shall never forget”. The Hollywood Walk of Fame is a popular tourist attraction and is administered by the Hollywood Chamber of Commerce. Carter had won the Miss World USA in 1972 while representing Arizona and has also appeared in a number of commercials.