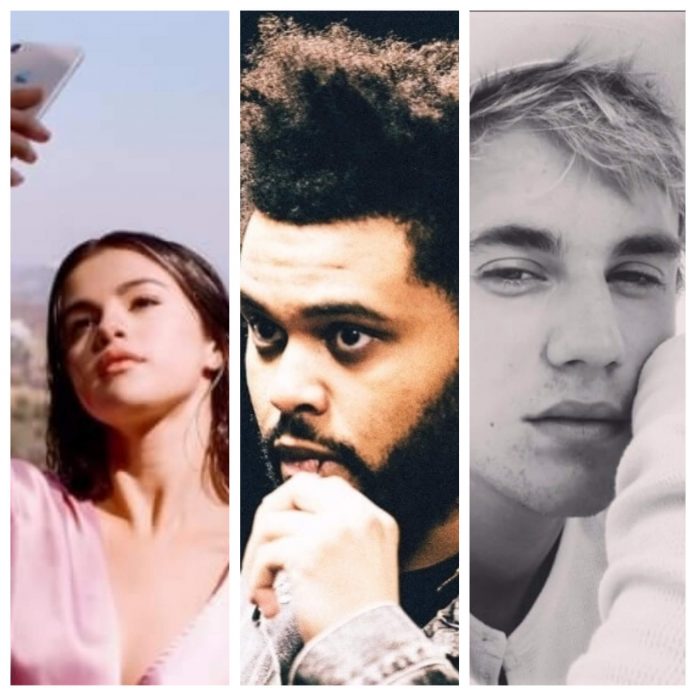 Selena Gomez has been in news off late for her posts on social media where she was seen snuggling up with The Weeknd at ‘home’, the couple’s public appearances together that started with the Met Gala 2017 and later when her account was hacked with her ex, Justin Bieber’s nude pictures.

Selena and The Weeknd shared some relationship goals with their fans and followers on social media. Until Now! People reports that the two have broken up their 10-month-old relationship over the 27-year- old Abel Tesfaye’s (The Weeknd) alleged priority to his career.

“She and Abel have been going back and forth for a few months about their relationship,” People quoted. “It’s been hard with him being on tour and her shooting in New York. That wasn’t easy on them. It’s over for now, but they’re still in touch.”

Rumors of the couple dating started in January 2017 and later it was made official by their entry together at the Met Gala 2017.

Meanwhile, Selena, who has recently been through a kidney transplant surgery this year and it was a month post her revelation of the operation that her ex, Justin reportedly reconnected with her at her place and later had a breakfast date together in Los Angeles, post which they were seen at a church and reports suggested that Justin even said to the paparazzi that “he has changed a lot in the past few months. He is a very different person. They have a lot to talk about and are having fun catching up.”

Within a week of Justin and Selena first catching up, reports are abound with Selena and The Weeknd’s split, even though they continue to follow each other on Instagram as of now.