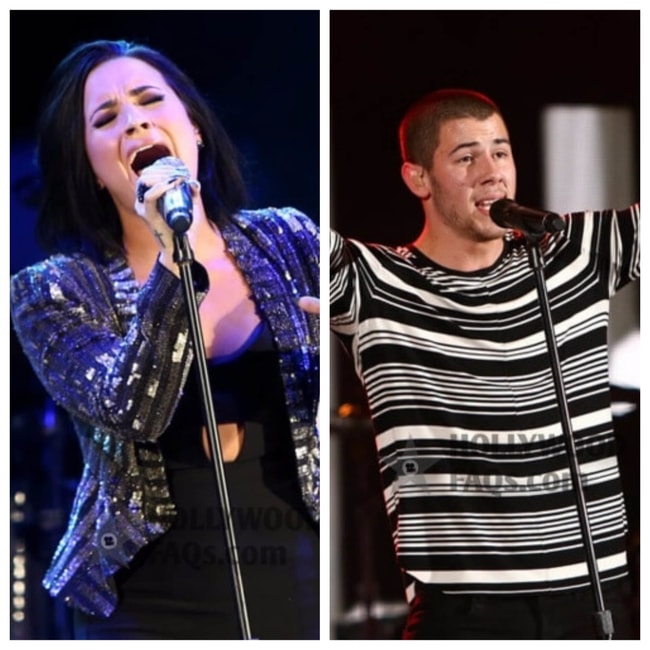 Ellen DeGeneres on her show aired on October 4, 2017 asked some straightforward questions to American songstress, Demi Lovato, if her recent song on Ruin the Friendship is about her pal, Nick Jonas.

Degeneres said, “I’m told to ask these questions. I don’t care, I don’t. But supposedly there is a a song about Nick Jonas and because you just claimed to be so honest I think you should be honest with that answer.”

The 25-year-old was quick to reply: “Something that I will always keep to myself is who I write my songs about.”

However, when Ellen asked if the two are best friends, reassuringly guessing from Demi’s answer that the song is about Jonas and their friendship, the singer-actor blushed to a confirming “Yeah”.

Demi has previously dated Nick’s brother, Joe Jonas for a short period, even as Nick and Demi have shared a close friendship for years now.

The duo however has reportedly maintained that they have never had romantic feelings for each other.

Reports further suggest that Demi was on The Ellen DeGeneres show to promote her new album, Tell Me You Love Me which features the song, Ruin the Friendship.

Demi and Nick had toured for their concerts together last year and her song lyrics have been suggesting a brewing romance between the two, however, it is all a speculation until the two official claim anything about their relationship.

Nick and Demi had met because of their Disney channel connection and had been friends ever since. She had also starred with Joe Jonas in Disney channel’s Camp Rock in 2008 and again in Camp Rock 2: The Final Jam in September 2010 and that is when she dated her on-screen romance partner, Joe Jonas reportedly for a month.

Joe had also shared an Instagram post in March 2017 hinting at a possible making of Camp Rock 3 which had left the internet abuzz.

Here are some of the lines from her song, Ruin the Friendship that have sent fans in a frenzy about her ‘platonic’ relationship with Nick Jonas.

“Put down your cigar and pick me up / Play me your guitar, that song I love / Thirsty for your love / Fill up my cup,” she sings on the track. “Your body’s looking good tonight / I’m thinkin’ we should cross the line / Let’s ruin the friendship … What’s taken us all this time?”