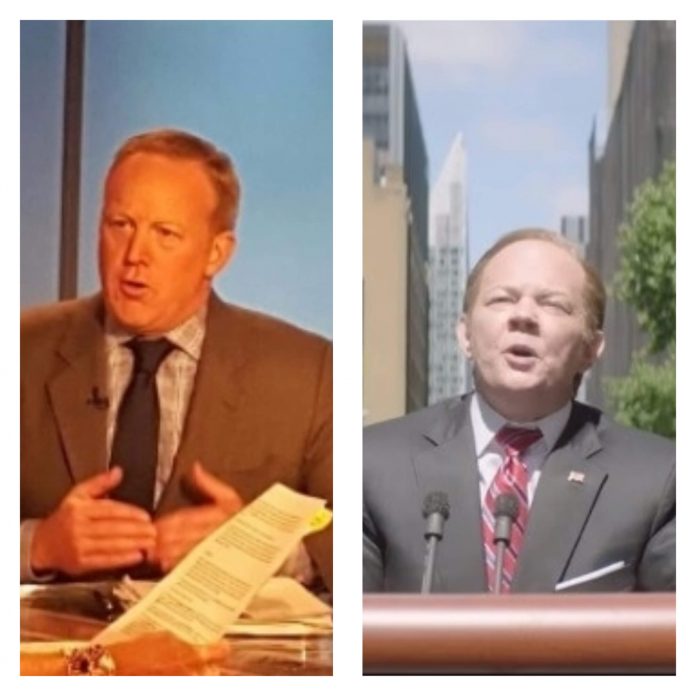 In her impersonation of former White House press secretary and acting White House Communications Director under Donald Trump’s presidency, Sean Spicer, American actress and comedian Melissa McCarthy has become a sensational icon and brave impersonator who does not shy away from televising popular political figures and representing the political environment of the country. What she has also become is an Emmy awardee for being the Outstanding Guest Actress in a Comedy Series at the Creative Arts Awards where awards were reportedly handed over in 93 categories on Sunday, September 10, as she impersonated Spicer calling herself “Spicey” during her performance at the 42nd season of National Broadcasting Company’s (NBC) Saturday Night Live (SNL), a late night variety and  sketch comedy show.

McCarthy’s spoofs on Spicer garnered huge appreciation and views from American audiences, so much so that her television sketches of him went viral. The Ghostbusters actress, is known nationwide for her role in Gilmore Girls (2000-2007).

The 42nd season of the SNL has been massively successful in its comedy sketches involving McCarthy playing Spicey four times, where she impersonated Spicer riding on an automobile-like podium, yelling and wearing high heels and created her impression as a comedian in the entertainment industry and among audiences the world over.

Another SNL’s popular sketch satirist Dave Chappelle also won a Creative Arts Emmy Award for his stint as Guest Actor on the show. Alexis Bledel for her role in ‘The Handmaid’s Tale’ and ‘Stranger Things’, an American sci-fi horror web-television series for Outstanding Casting earned the Emmy Awards on Sunday. James Corden for his Carpool Karaoke, Westworld on HBO, Planet Earth II produced by BBC were some of the other winners.

McCarthy’s caricature however has cost Spicer his image and reputation under Trump presidency and reportedly even his job at the White House as his on-camera press briefings and his antics as the press secretary were being ridiculed among masses.

This year SNL has scored most nominations in the Emmy Awards for TV comedy and drama series that will be aired on September 17, hosted by comedian Stephen Colbert.

Here’s a behind-the-scenes shoot of McCarthy’s spoof on Spicer: