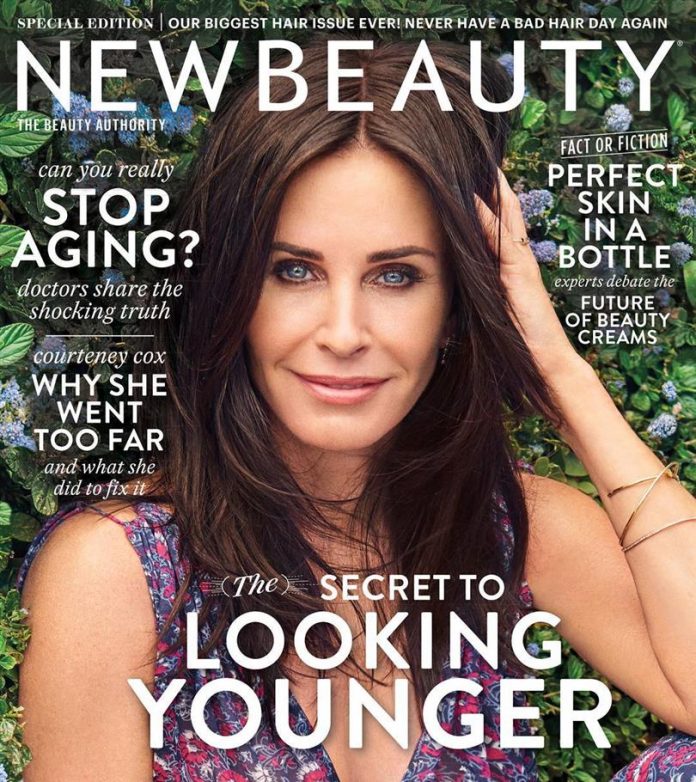 F.R.I.E.N.D.S. star Courteney Cox was one of the most beautiful women on television at one point in time. But thanks to age and a fickle industry, she decided to undergo procedures to reduce the wrinkles on her face. But that seems to be all in the past now, because she admits that all those face fillers have melted away, and she is just Courteney Cox now.

In an interview with New Beauty, the star revealed, “I’ve had all my fillers dissolved. I’m as natural as can be. I feel better because I look like myself. I think that I now look more like the person that I was.”

At 53, she says that she is now able to accept her natural body changes, including laugh lines and potential wrinkles in the future. Embracing natural beauty is something that is hard to come by in an industry like Hollywood, and it is brave of Courteney to admit her insecurities, as well as overcome them.

“Things are going to change. Everything’s going to drop. I was trying to make it not drop, but that made me look fake. You need movement in your face, especially if you have thin skin like I do. Those aren’t wrinkles – they’re smile lines. I’ve had to learn to embrace movement, and realize that fillers are not my friend.”

Soon after the ending of the hit CBS sitcom, fans were shocked at the drastic change in Courteney Cox’s face. Whether it was a botched job by the doctors, or whether her face couldn’t adjust to the injections, no one knows. But she admits that it was actually a friend who made her change her made and embrace ageing with grace. “I have one friend who was like, ‘Whoa, no more!’ I thought, ‘I haven’t done anything in six months’, I didn’t realize.”

Trust, she is looking better than ever, the natural brunette beauty she always was!