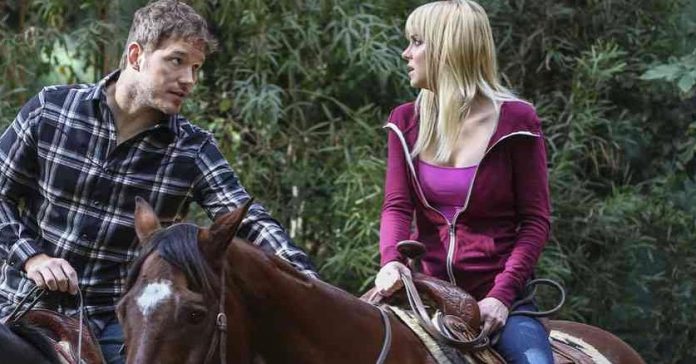 If 2017 hasn’t been hard enough, then it’s just about to get worse. One of Hollywood’s most loved-up, most funny and adorable couple, Chris Pratt and Anna Faris have announced they are legally separating. In a joint statement posted on Pratt and Faris’ official social media accounts, the now estranged couple said, “We are sad to announce we are legally separating. We tried hard for a long time, and we’re really disappointed. Our son has two parents who love him very much and for his sake we want to keep this situation as private as possible moving forward. We still have love for each other, will always cherish our time together and continue to have the deepest respect for one another.”

Chris Pratt and Anna Faris have been one of Tinseltown’s most beloved couple. Their red carpet appearances made it seem like they were still smitten in love. Even the speech that comedienne Faris gave while her husband got his star on the Hollywood Walk of Fame, was something that was admired by everyone. The couple share a son, four-year-old Jack. What went wrong, nobody knows. But a number of fans on social media are now saying that the couple eventually would have split, since Pratt’s career is taking off like never before, while Faris’ seems to be lagging behind. And if anyone knows how Hollywood works, a marriage like that was bound to have its difficulties.

Chris Pratt will next be seen in Jurassic World: Fallen Kingdom, the second film in the Jurassic World franchise. This past Spring, he had once again taken on the role as Star-Lord in Guardians Of The Galaxy Vol. 2. He will also be making an appearance in the upcoming Marvel hit movie franchise, The Avengers: Infinity War. That’s three major franchises that the actor has bagged.

Meanwhile, Anna Faris continues to star in sitcom Mom. She also hosts the podcast, Anna Faris Is Unqualified. The funny woman had lent her voice to the flop movie of Summer, The Emoji Movie. She will next be seen on the big screen in the remake of the Goldie Hawn starrer, Overboard.

In an interview earlier last month, Anna Faris had spoken about her relationship with Chris Pratt, saying, “I don’t think that’s something, when you’re an actor, that you’re prepared for. There are two different roles that you play – the one on-camera and the one in public. That’s the tricky part.”

And once on her podcast, she had opened up once again, saying at the time, “I take pride in how great my relationship is with Chris, but having said that, of course, in this crazy world where he’s off doing movies and I’m in LA raising our child, of course, I’m going to feel vulnerable like any human being would.”

There’s still hope in this Chris Pratt-Anna Faris relationship, as they have only separated for now, not officially divorced. Wishing the couple the best in the relationship!