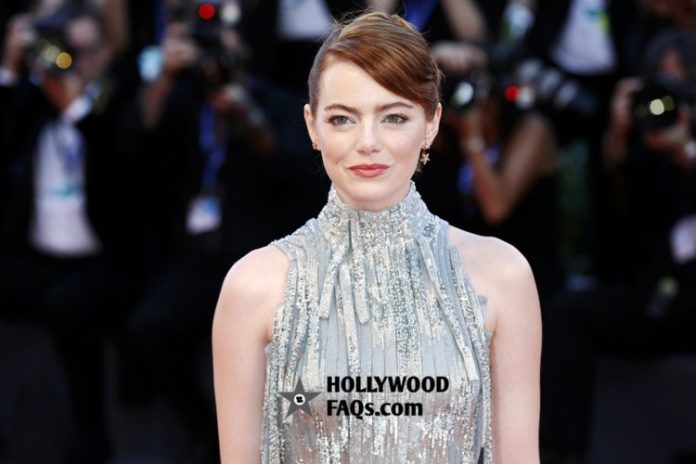 Not naming names, Emma Stone did reveal that some of her male co-stars have actually taken pay cuts so she could get a raise. In Hollywood, where the issue of gender pay gap is becoming increasingly and increasingly louder, this move by actors towards their female co-stars is a welcome and transparency is payment.

Emma Stone is starring in Battle of the Sexes, a film based on a real life events from tennis star Billie Jean King. Her Crazy Stupid Love co-star, Steve Carell is playing the role of Bobby Riggs, a tennis player known for making jibes at female tennis players. The film sends a strong message at the power of women and their right to fair pay for being just as successful and hardworking as their male counterparts in professional fields.

In an interview with a leading daily, Emma Stone spoke about this selfless act by her male co-stars, saying:

“It’s something they do for me because they feel it’s what’s right and fair.”

“That’s something that’s also not discussed, necessarily – that our getting equal pay is going to require people to selflessly say, ‘That’s what’s fair’. If my male co-star, who has a higher quote than me but believes we are equal, take a pay cut so that I can match him, that changes my quote in the future and changes my life. And this is Billie Jean’s feminism, and I love it – she is equality, man – equality, equality, equality.”

Emma Stone won her first Oscar for Best Actress for her role in modern musical, La La Land that also starred Ryan Gosling. She is one of the most celebrated actresses of the current generation and it will be great to see her on screen again playing such a fabulous role opposite legend Steve Carell in Battle of the Sexes.