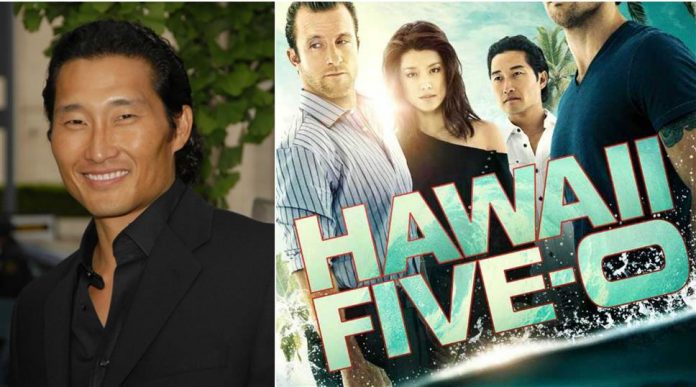 Last week, rumours began doing the rounds that Hawaii Five-O star Daniel Dae Kim and his co-star, Grace Park were not coming back for Season 8 of the hit show. And now, in an emotional and optimistic post on Facebook, Daniel Dae Kim wrote a note to fans, CBS and those involved with Hawaii Five-O for the successful seven years spent. He begins the note by saying – “Sorry for the delay in hearing from me, but like you I’m sure, my July 4th holiday was busy with friends and family. I’m back now and didn’t want to let any more time go by without reaching out. By now many of you have heard the news, and I’m said to say it is true. I will not be returning to Hawaii Five-O when production starts next week. Though I made myself available to come back, CBS and I weren’t able to agree to terms on a new contract, so I made the difficult choice not to continue.”

It was widely speculated that the reason for Daniel Dae Kim and Grace Park leaving the show, was that they were being paid much less than their white co-stars on Hawaii Five-O. After negotiations, not even their co-stars were willing to adjust their own packages for the two original cast members to get a raise. Instead of continuing with the prejudice, Kim and Park decided to leave.

“As sad as it feels to say goodbye, what I feel most is gratitude. I am so deeply thankful to our crew, writers and everyone associated with the show – and especially the cast, who have been nothing but supportive through this entire process. They and the crew have been my second family for seven years and I wish them nothing but success for season 8 – and beyond.”

Daniel Dae Kim thanked the crew and cast of Hawaii Five-O, in what appeared to be a very positive note, focusing on all the right things about the show, and ignoring the negative. “I also want to say thank you to Peter Lenkov, Alex Kurtzman, Robert Orci and everyone at CBS. I will always be grateful for their faith in me to bring Chin Ho Kelly to life. As an Asian American actor, I know first-hand how difficult it is to find opportunities at all, let alone play a well developed, three dimensional character like Chin Ho. I will miss him sincerely. What made him even more special is the he was a representative of a place my family and I so dearly love. It has been nothing short of an honor to be able to showcase the beauty and people of Hawaii every week, and I couldn’t be prouder to call these islands home. To my local community, mahalo nui loa.”

He continued: “Finally, I like to thank all of you, the fans. I’ve read your messages and I can’t tell you how much they’ve meant to me. I never, ever forget that YOU are the reason Hawaii Five-O is the success that it is, and interacting with you online and in person around the world (!) has been one of the greatest joys of this entire experience. I’m so sorry we won’t be continuing this journey together.”

There are good things in store for Kim, who says that he has his own show, The Good Doctor that will premiere on rival network, ABC. “I’ll end by saying that though transitions can be difficult, I encourage us all to look beyond the disappointment of this moment to the bigger picture. The path to equality is rarely easy. But I hope you can be excited for the future. I am. 5-O continues on after one of its strongest seasons, I’ve got new acting projects on the horizon, and as a producer, my company, 3AD, has its first show, THE GOOD DOCTOR, set to air this fall on ABC. I hope you’ll tune in. There’s a lot to look forward to and I’ll be sure to share it with you.”