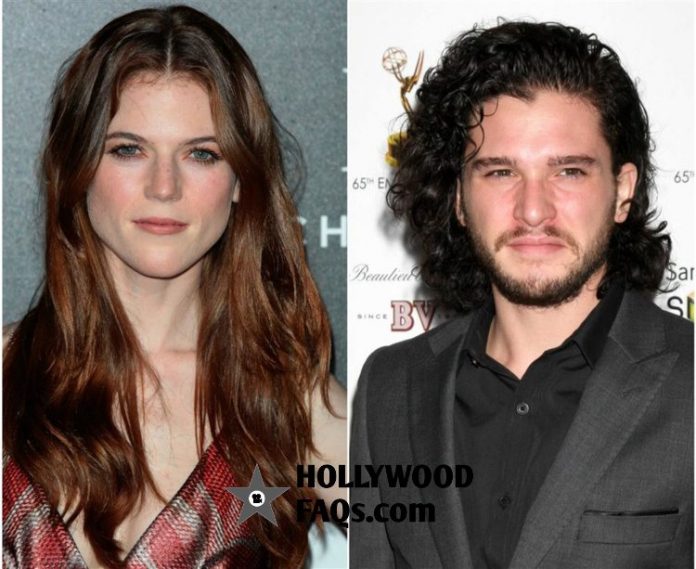 After five years of a romance that’s straight out of a novel, Kit Harington and Rose Leslie are finally taking their relationship to the next level. The couple are said to be moving in together! The pair were first rumoured to be dating back in 2012, when they became co-stars and on-screen lovers in HBO’s Game Of Thrones. Both are extremely private about their personal lives, and kept it under wraps for the most part.

The two began dating when they were shooting for Game Of Thrones in Iceland. If you remember the storyline well, Kit Harington, who plays the Night’s Watch brother Jon Snow meets the Wildling woman, Ygritte North of the Wall. Through a series of events that involve him sparing her life, taking her captive and becoming a captive of the Wildlings themselves, they make things official in a heated cave. Fun fact: It was Ygritte who give him the nomenclature: “You know nothing, Jon Snow”. Snow goes on to live, and is even resurrected in Season 6, but Ygritte sadly dies at the hands of Ollie, a brother of the Night’s Watch.

Kit Harington was asked by E! News about his relationship with Leslie, and the moment they fell in love. He had said at the time, “Because the country is beautiful, because the Northern Lights are magical, and because it was there that I fell in love. If you’re already attracted to someone, and then they play your love interest in the show, it becomes very easy to fall in love.”

The couple were photographed together only a handful of times. However, they made it red carpet official in 2016 at the Olivier Awards and even showed a ton of PDA.

It seems that Kit’s roommate, writer Dan West moved in with his own girlfriend, which resulted in Kit Harington and Rose Leslie moving in together. However, they are yet to settle down in their own home. When Kit was asked about it, he said, “I’m the most fickle person. Now I’m looking for a house in the English countryside. Next week it will be Florida. Never take my word on what the f*ck I’m doing!”