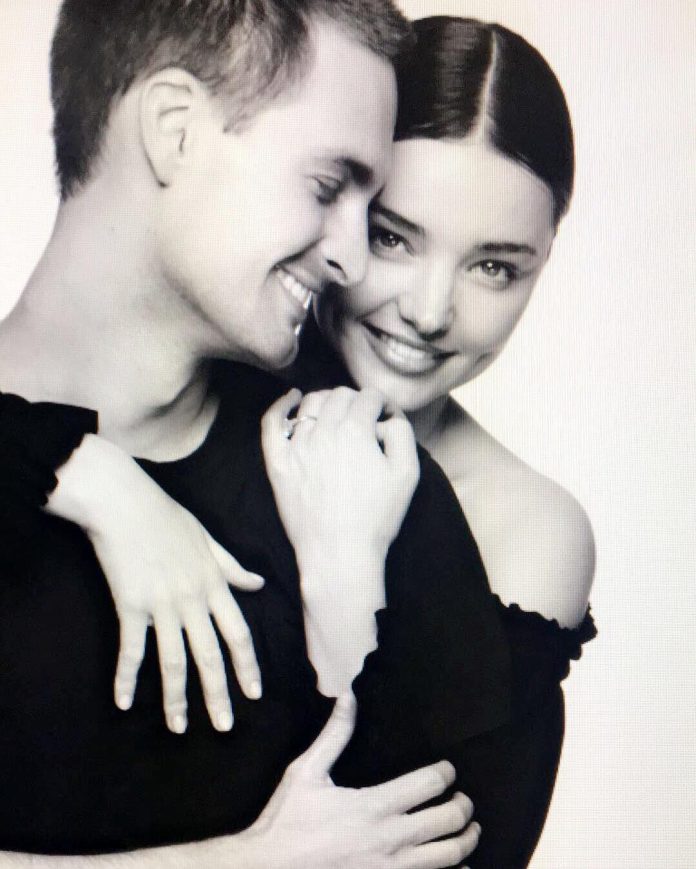 After two years ago, gorgeous couple Evan Spiegel and Miranda Kerr are officially married! The Snapchat CEO and his Victoria’s Secret supermodel beau tied the knot in an extremely private ceremony over the weekend. The nuptials are reported to have taken place at their sprawling home in Brentwood, California. There were only 50 guests invited to the wedding, including family and close friends of the couple.

According to a source present at the wedding, the couple were teary eyed as they exchanged rings and said their vows in front of loved ones. Guests began to arrive at around 4pm to the couple’s home, and a hired pianist played When You Wish Upon A Star. The decor for the wedding was a rustic setting, with farmhouse tables and light pink flowers decorating the room. And in typical supermodel style, Miranda Kerr’s makeup was touched up during the ceremony by Lisa Storey.

Evan Spiegel and Miranda Kerr met a couple of years ago, but were only friends for a while, before things turned romantic. It was last June that the Aussie supermodel announced her engagement to her billionaire boyfriend, showing off her diamond rock through Snapchat. She had even previously gushed about her now-husband, saying that he is “just a really kind person and very genuine and very authentic and I really appreciate that about him”.

This is a second marriage for Kerr, who was previously married to Pirates Of The Caribbean star Orlando Bloom, for three years. The couple have a child together, Flynn. When asked in an interview about whether she would want to have more children with Spiegel, the supermodel had said, “I am very content with having just one [child], but I am definitely open to the possibility of having more. ”

This is a first marriage for the 26-year-old Snapchat CEO.